Lovely Rothenburg, Germany, is one of the most famous cities along the Romantic Road. Also known as Rothenburg ob der Tauber, meaning above the river “Tauber”, this was a perfect defensive location for a walled city subject to attack.

The fortification wall and many of the buildings were built in the 11th and 12th centuries. It’s believed that the castle was built around the 10th century but, unfortunately, it was lost in an earthquake in the 14th century. 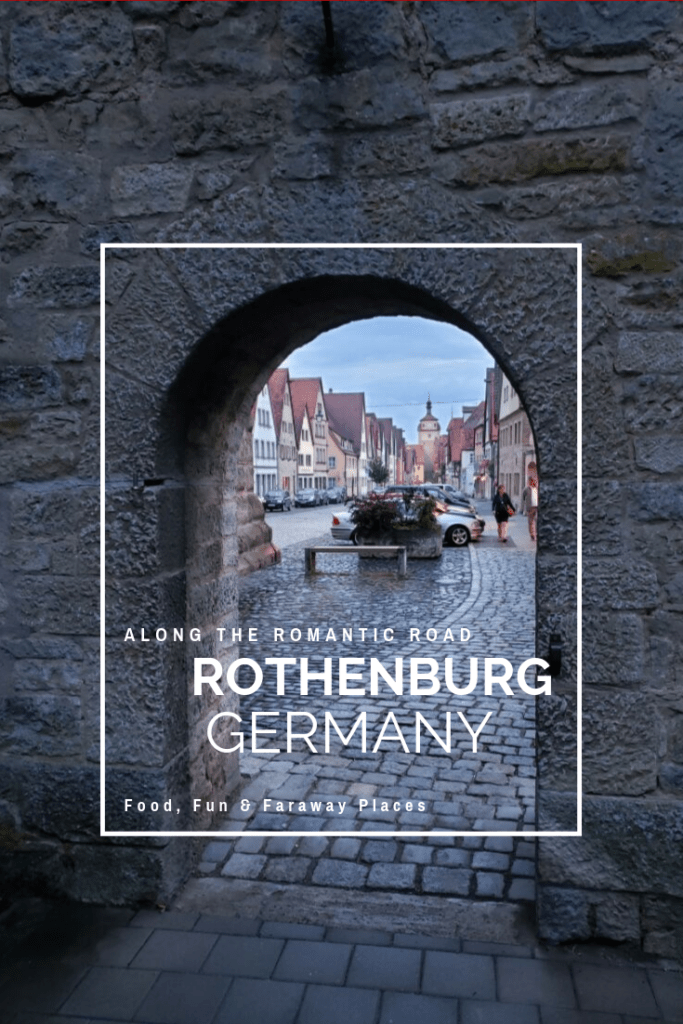 Rothenburg, Germany has had a complicated past with its involvement in many wars, including the Peasants’ War, where mass executions took place right in the marketplace. During the bombing of WWII, 45 percent of the old walled town of Rothenburg was destroyed.

Repairs were paid for in part through donations from around the world because of the outpouring of love for this internationally renowned historic city along the Romantic Road in Germany.

Things to Do in Rothenburg, Germany

There is really so much to do in Rothenburg. This city is very proud of its heritage, so reenactments are a big part of what they want to show tourists. And what better way to learn about the history of this medieval walled city?

Meistertrunk (Master Draught) is a play retelling an event from 1631 during the Thirty Years' War where the town was saved by winning a bet. Challenged by General Johann Tserclaes, count von Tilly of the Imperial Troops, Burgomaster George Nusch drained a beaker of wine (about a gallon) in one gulp, saving the city.

This living history presentation has been performed every year since 1881. It's said that the same beaker used in 1631 is still used today. The Meistertrunk belongs to UNESCO's Cultural Heritage, so it's a very special part of the history of Rothenburg.

A parade takes place before the Meistertrunk and The Shepherd’s Dance follows it. These reenactments are performed several times a year. However, the historical Shepherd’s Dance is only performed twice over Pentecost weekend.  You’ll find other special events to book in Rothenburg as well on their tourism page.

The market square (Marktplatz) is in the heart of the city,  and where the action is! We saw an incredible street performance of a classical trio while walking around exploring. You’ll find a number of cafes to sit and people watch, as well. 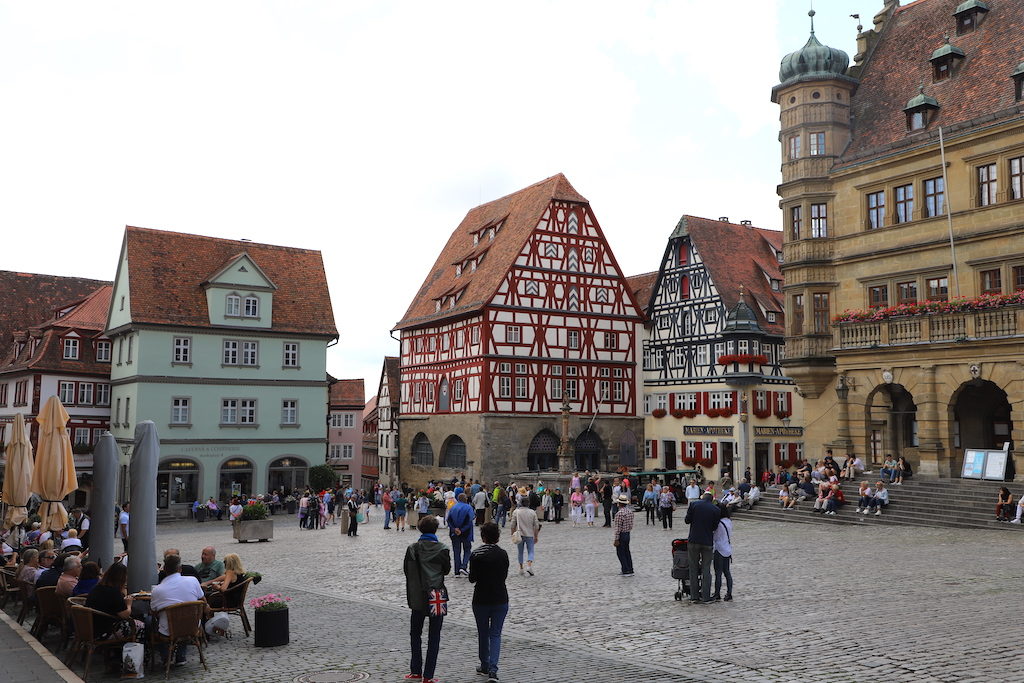 Take a walk along the Rothenburg wall. The Röder Gate is the only tower accessible to climb, but unfortunately only on weekends. This tower also has an exhibit.

You’ll see the White Gate Tower if you look straight to the end of the city. Built at the end of the 12th century, it’s especially beautiful at dusk. 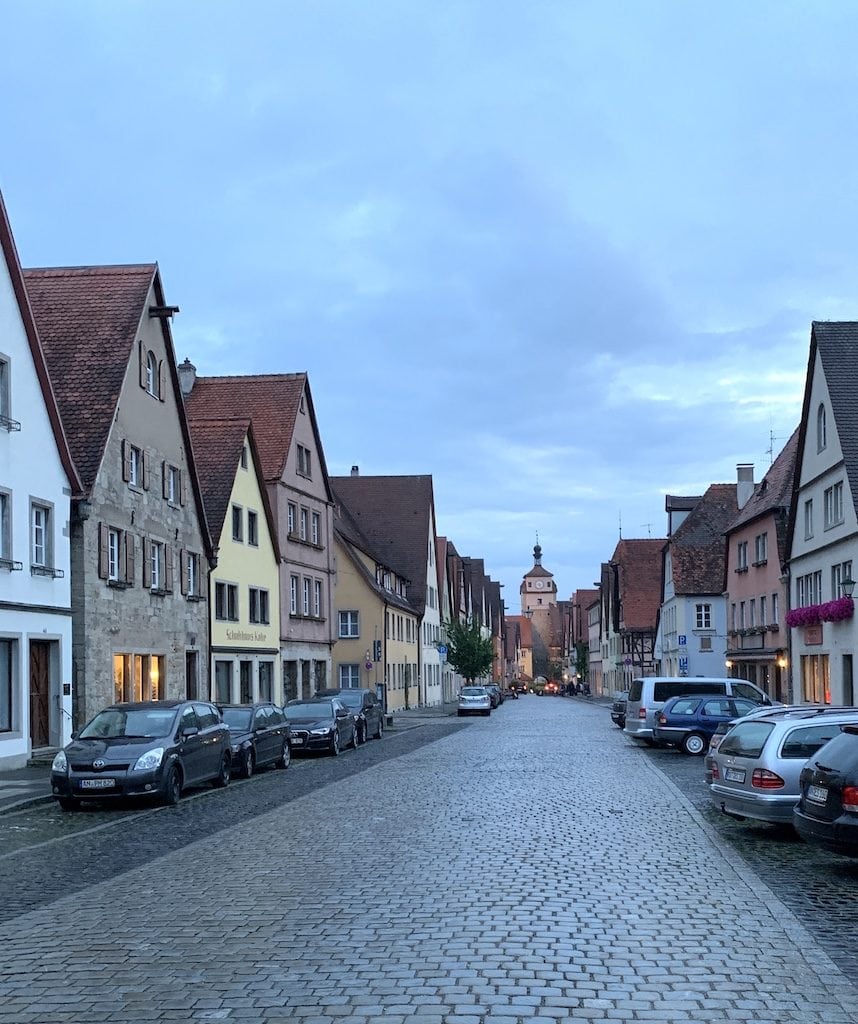 The Castle Gate is the entrance into the gardens, a beautiful spot to relax. You'll see the Kobolzell Tower on the way to the Medieval Crime Museum.

The Medieval Crime Museum is one of the most important legal history museums in all of Europe. You’ll see exhibits about trials and imprisonment, and even displays of torture mechanisms.

The Town Hall tower can be seen from quite a distance, so it's hard to miss. Once you find it, you'll be in the center of this busy city.

The tower is open for visitors to climb the 220 steps to see the view, which is pretty spectacular at 52 meters high. Check the times as soon as you arrive so you can work this into your visit. 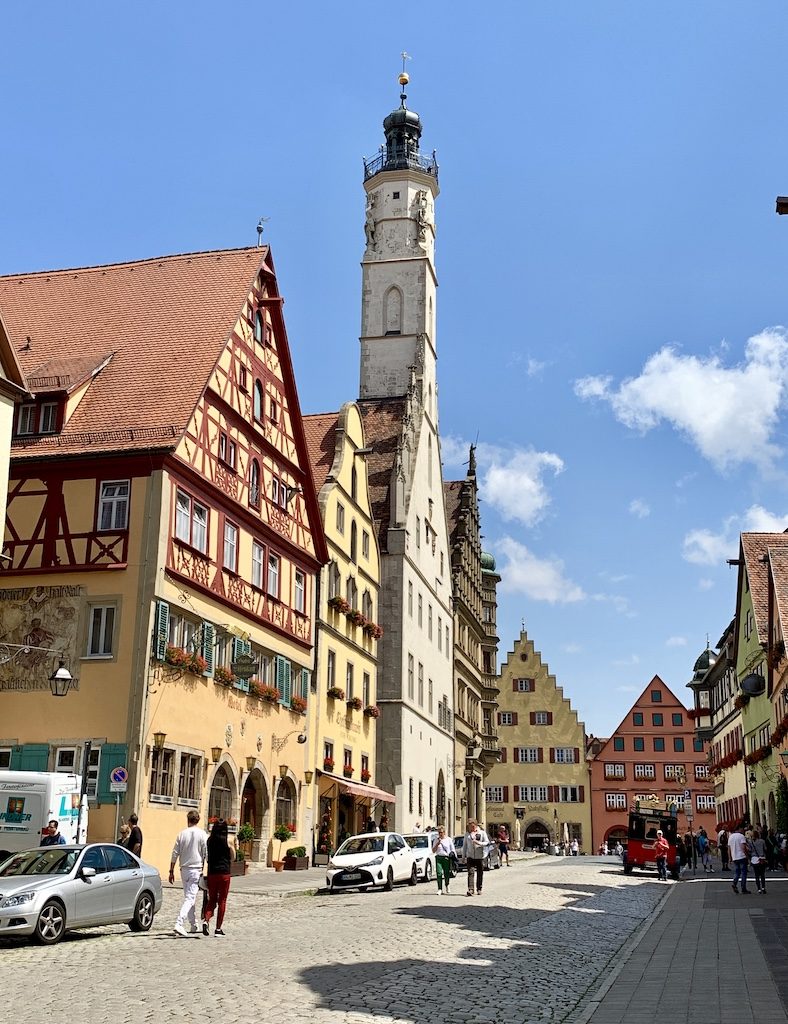 The stunning Church of St. Jakob was built between 1311 and 1484. You can't miss the two spires towering above the city. 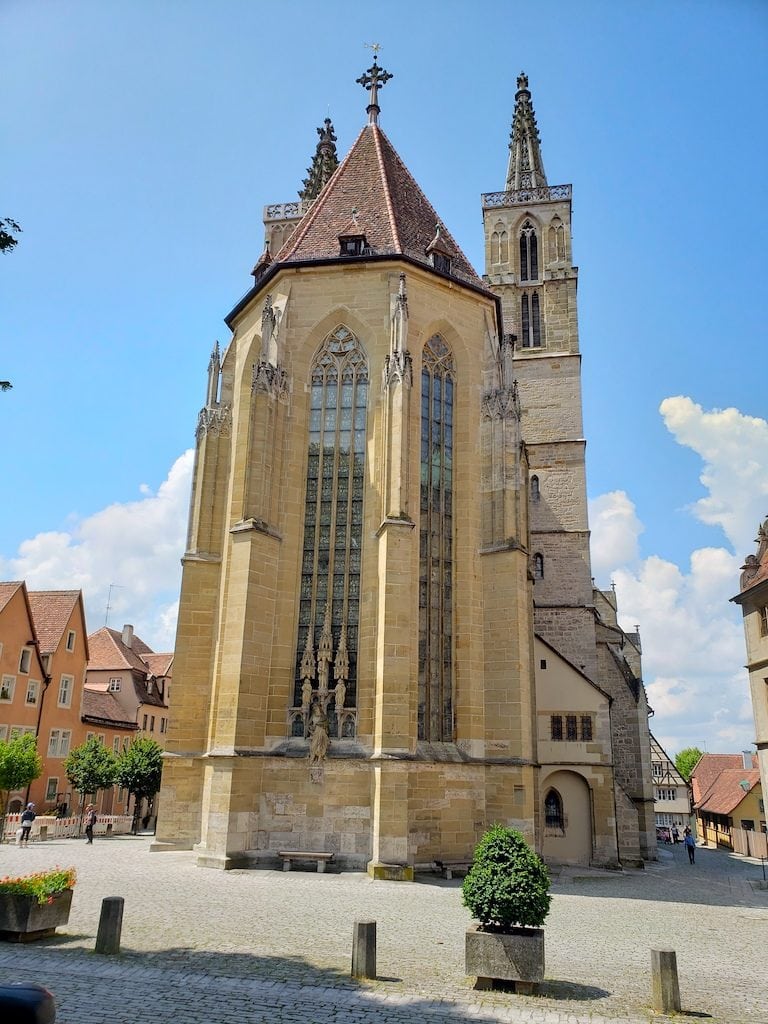 The church is beautiful inside, as well. Take a peek at the gorgeous stained glass windows. 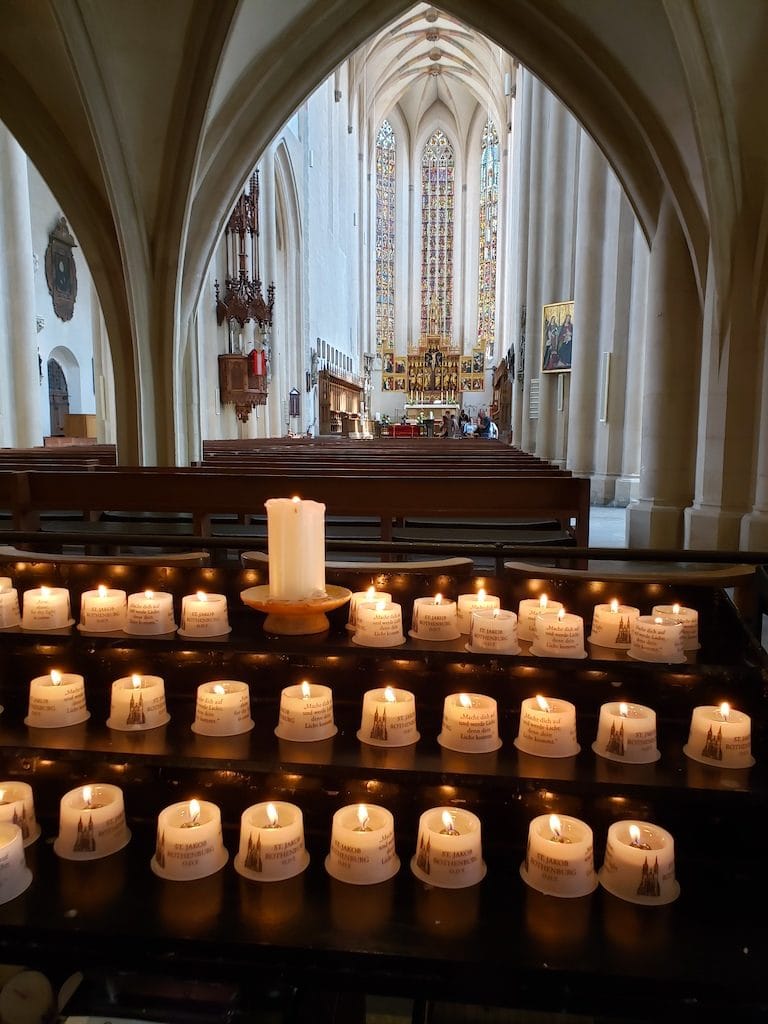 What's really impressive, and worth making your way to see, is the incredible wooden sculpture in the western gallery. The famous Holy Blood altarpiece was carved by Tilmon Riemenschneider between 1500-1505. It's absolutely breathtaking. 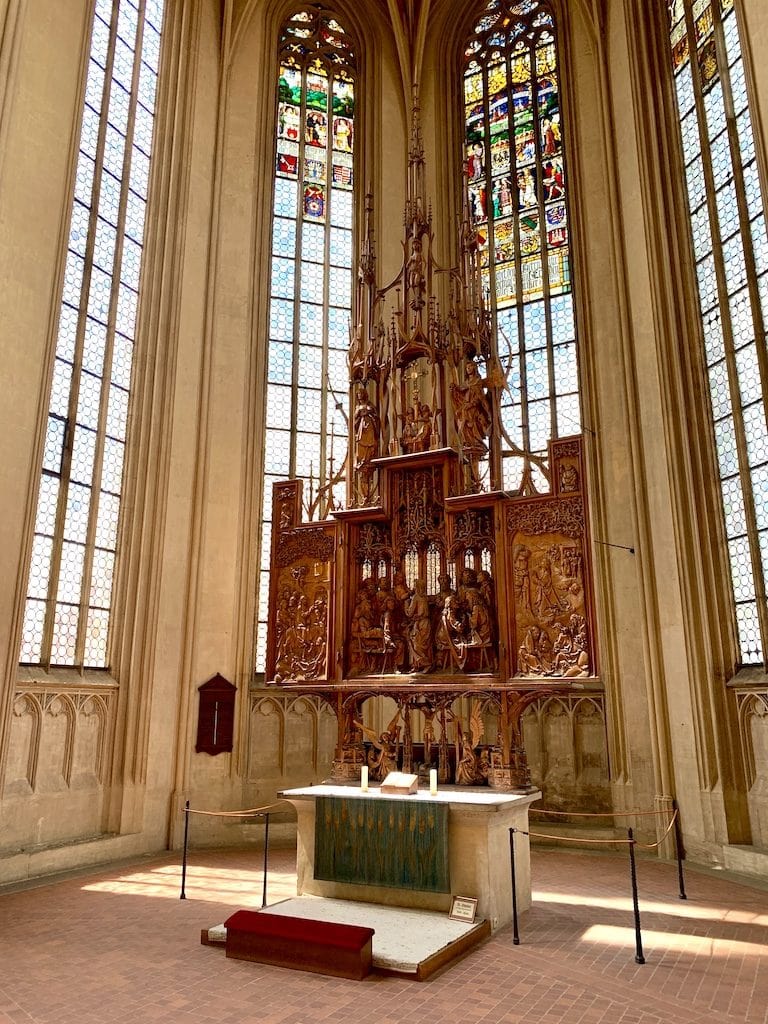 Built between 1472 and 1505, The Mary Church was looted during the peasant revolt in 1525 and left with little maintenance for over 300 years. In 1854, Karl Alexander Heideloff, a German architect and master builder of Nuremberg, restored the church, giving it back to the Catholic community.

You can see the outside of the church by taking a 10-minute walk down from the city near the Crime Museum and through the winery to the building located on the Tauber River. 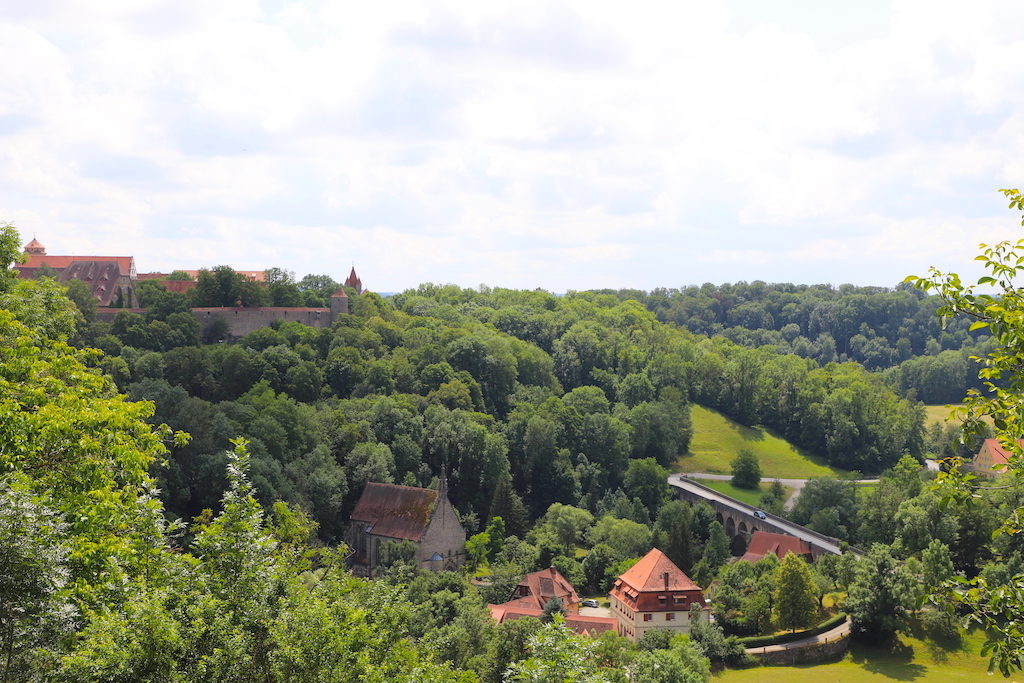 Forty wells were built in Rothenburg in the Middle Ages, as it was difficult to get water to the entire population. This particular fountain is topped with a mermaid, and the style is late Renaissance. 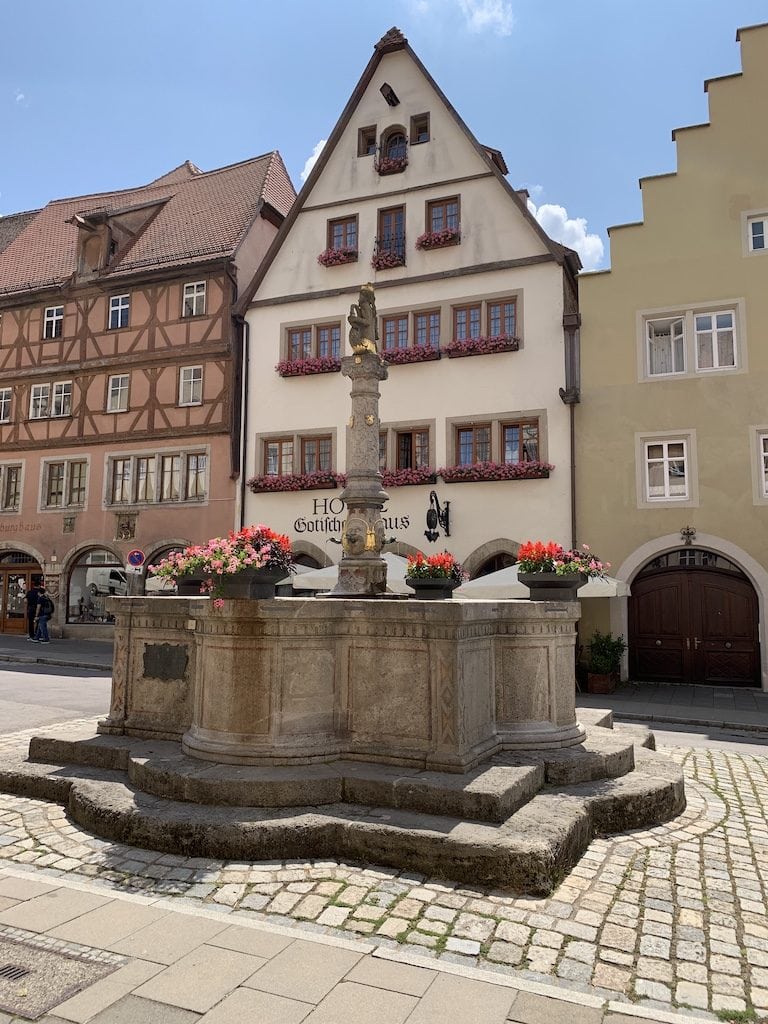 Taste of the Tauber in Rothenburg

A food and wine tour is one of my favorite ways to explore a city. Ten restaurants participate in this Franconian food and wine tasting. There is also a separate small wine tasting available. The annual Rothenburg Wine Festival brings wine lovers from all over the world to this wonderful city. This year the festival takes place August 14-18.

Though you can buy Christmas items through the internationally acclaimed Käthe Wohlfahrt website, the headquarters is right in Rothenburg. Stop in and pick up something special, like an ornament for your Christmas tree or an Advent calendar. You can also learn more about Rothenburg's famous Christmas Market on the Romantic Road website. 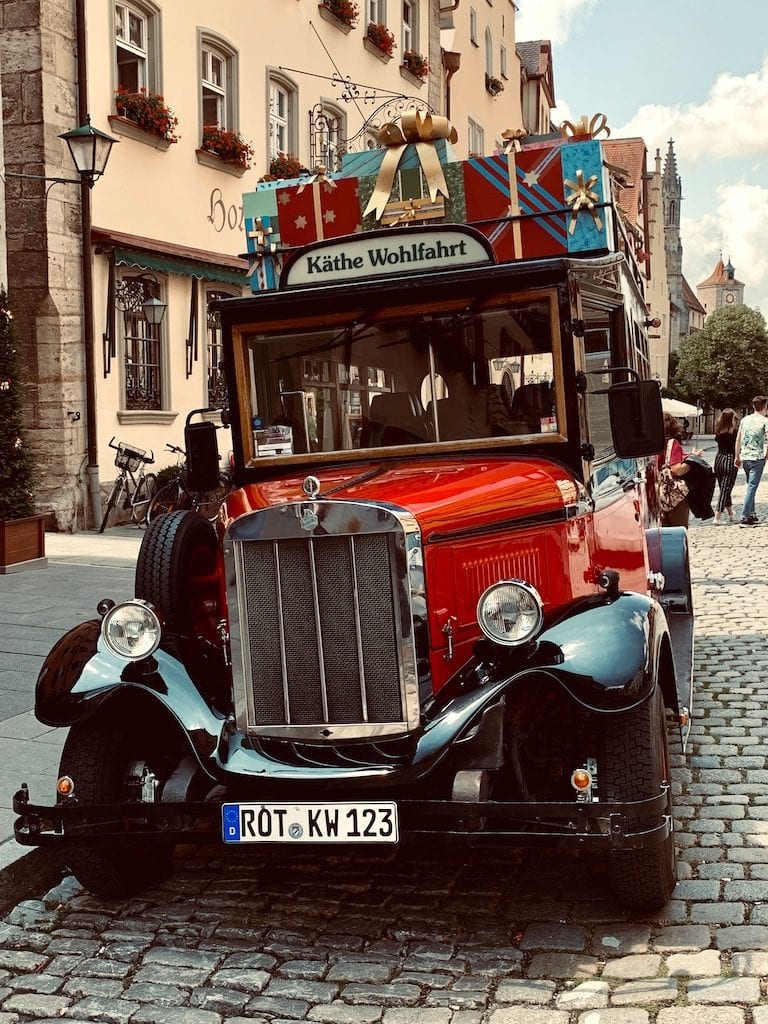 Segway tours are also available for seeing the top sights in this city along the Romantic Road.

Where to stay in Rothenburg Germany

We were lucky enough to stay at Villa Mittermeier, just outside the gate of the walled city. It's a lovely and romantic boutique hotel. As a travel writer, I often travel on my own or with groups of other writers, so it was a treat to be traveling with my husband. 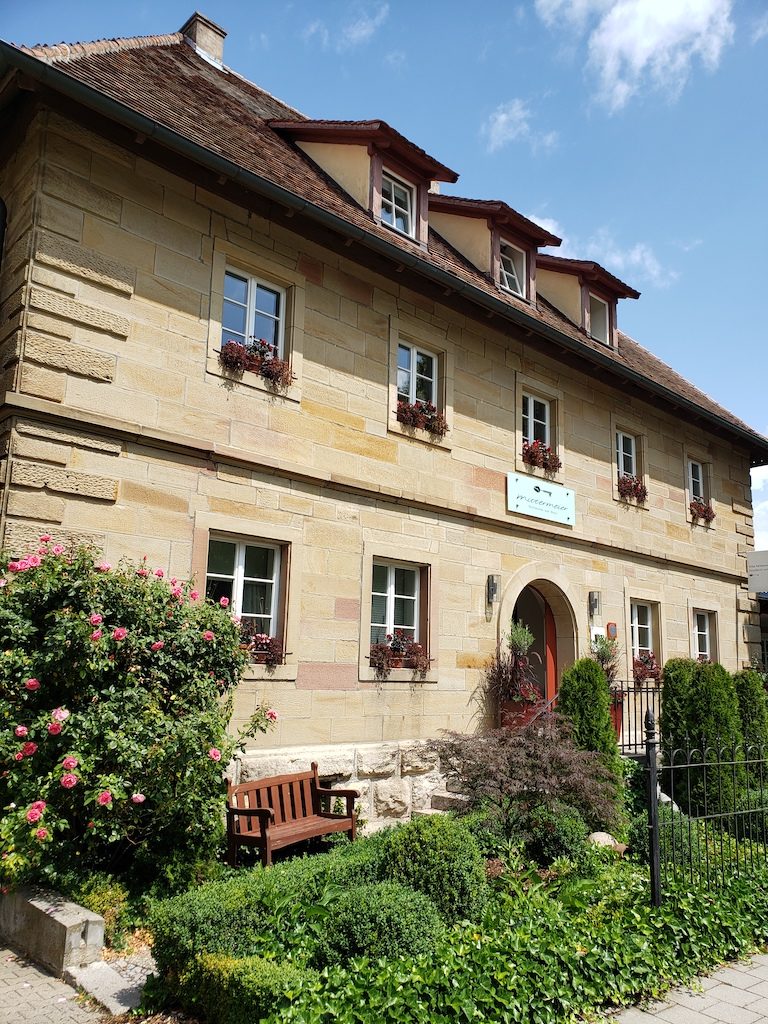 I ran in with our backpacks to see where our room was located and couldn't wait to show my husband once I found it. The room was so pretty, with a draped canopy around the bed and a selection of lights that could be dimmed next to it. 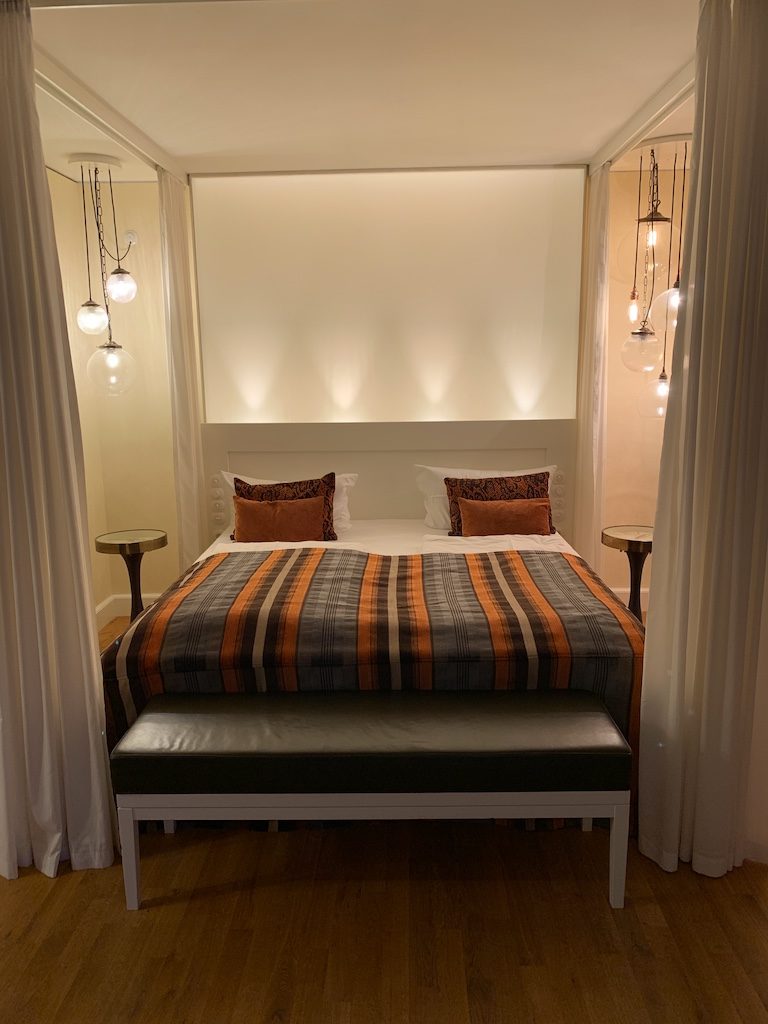 This was the most unique hotel I've ever visited, with very modern facilities. 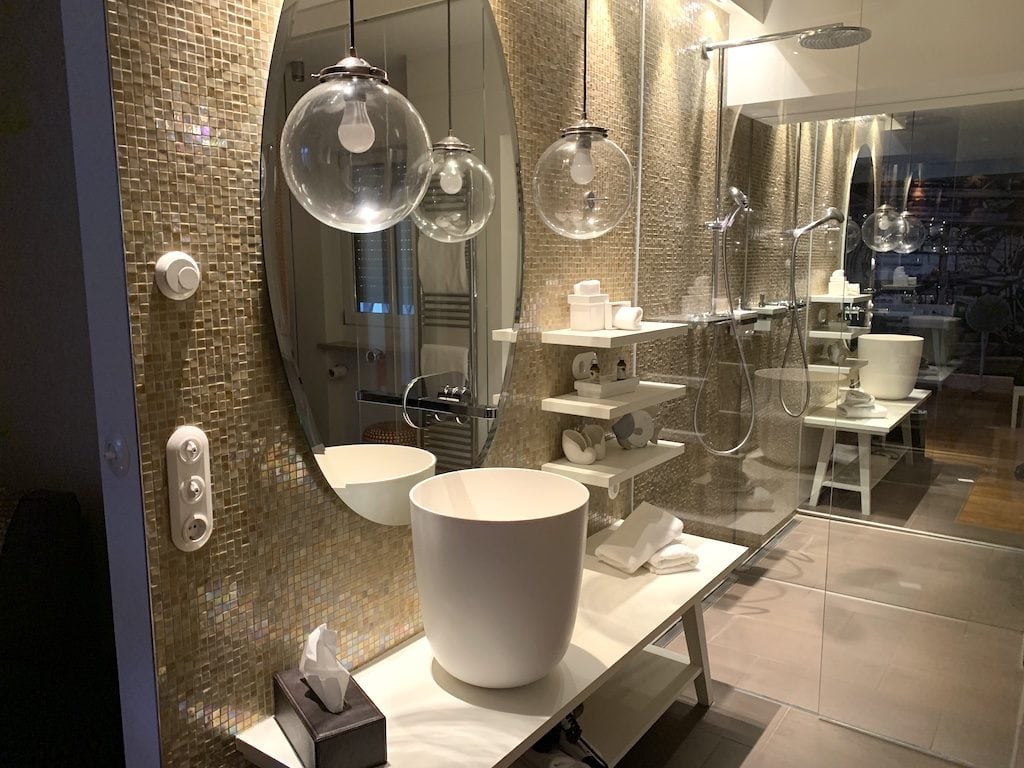 We were so disappointed to find the restaurant closed at 8 p.m. on a Saturday night, especially because the menu looked incredible. If you want to have dinner there, make a reservation as far in advance as you can. They also have a lovely breakfast until 11 a.m.

You can walk into the walled city, but many places close early. We found a nice Italian place, but would have preferred German food. There are other restaurants in the vicinity, but not within walking distance.

Other Cities along the Romantic Road

If you take the Romantic Road itinerary from the Main River all the way to the Alps, you'll find 28 places to stop and enjoy medieval cities, romantic castles, and incredible history. This was our third stop after downtown Augsburg and Nördlingen, Germany.

We'd love to go back to Rothenburg and spend a little more time exploring. Have you been?

« Nördlingen Germany on The Romantic Road
What to See in Dinkelsbühl, Germany »
1617 shares