I was given a complimentary Wild Africa Trek as part of the Monkey Kingdom Event with Disney in exchange for sharing it with my readers. As always, all opinions are my own. 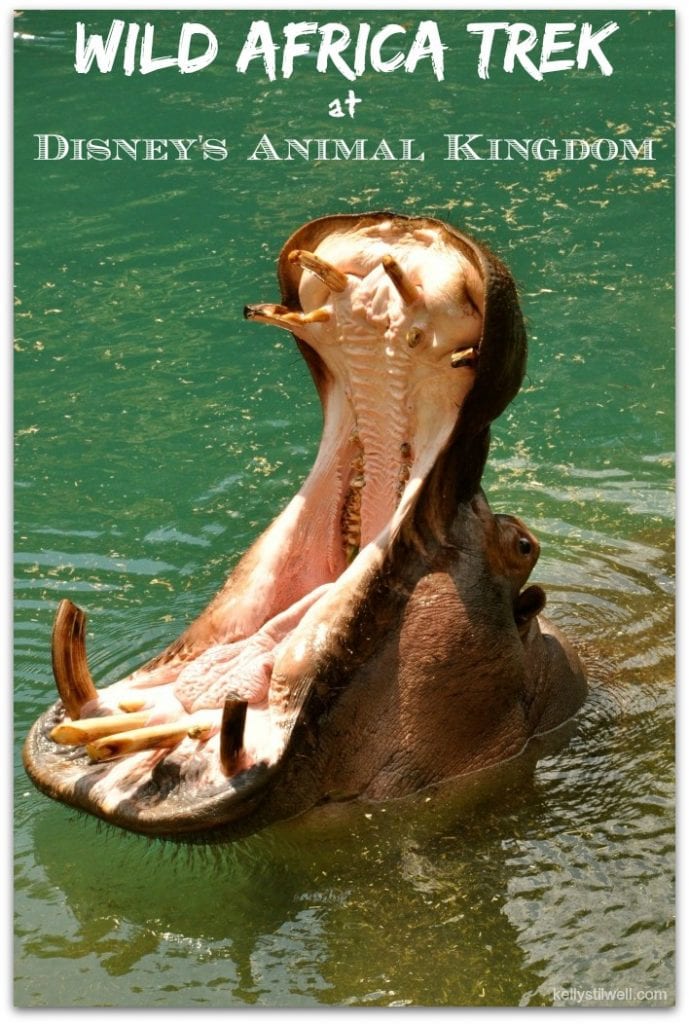 As many times as I've been to Walt Disney World, living just 90 minutes away, I had never experienced Disney's Wild Africa Trek in Animal Kingdom until I was there for the Monkey Kingdom Event. Now that I've seen how much fun it is, I can't wait to take my family! 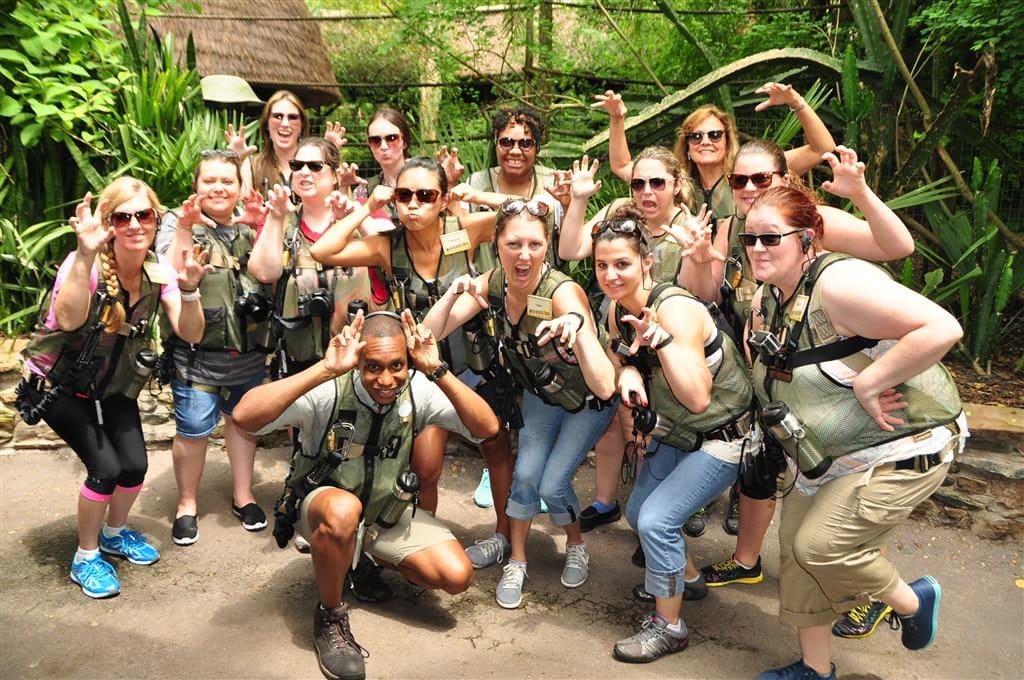 Disney's Wild Africa Trek is a VIP guided safari tour through Harambe Reserve where you can experience wild animals closer than ever before. You probably know there is a Kilimanjaro Safari® that is included in your admission price. My family and I have been on the Kilimanjaro Safari® and loved it. I'm so surprised at the people I've spoken to that tell me they have been to Animal Kingdom and not gone on the Safari! You really must do it when visiting Animal Kingdom. And if you want the ultimate experience, book the Wild Africa Trek. Why? I'm glad you asked!

5 Reasons to Splurge on the Wild Africa Trek

1) The first reason you really should splurge on the Wild Africa Trek is the animals. We saw hippos, giraffe, lions, rhinos, wildebeest, cheetahs, crocodiles and monkeys. On the safari ride, we went back on trails not taken by the Kilimanjaro Safari®, so we were a little closer to the animals than other people. We were provided with binoculars and could take our time for the most part. Though the Kilimanjaro Safari® is really cool, too, we had more time to take it all in on the Wild Africa Trek 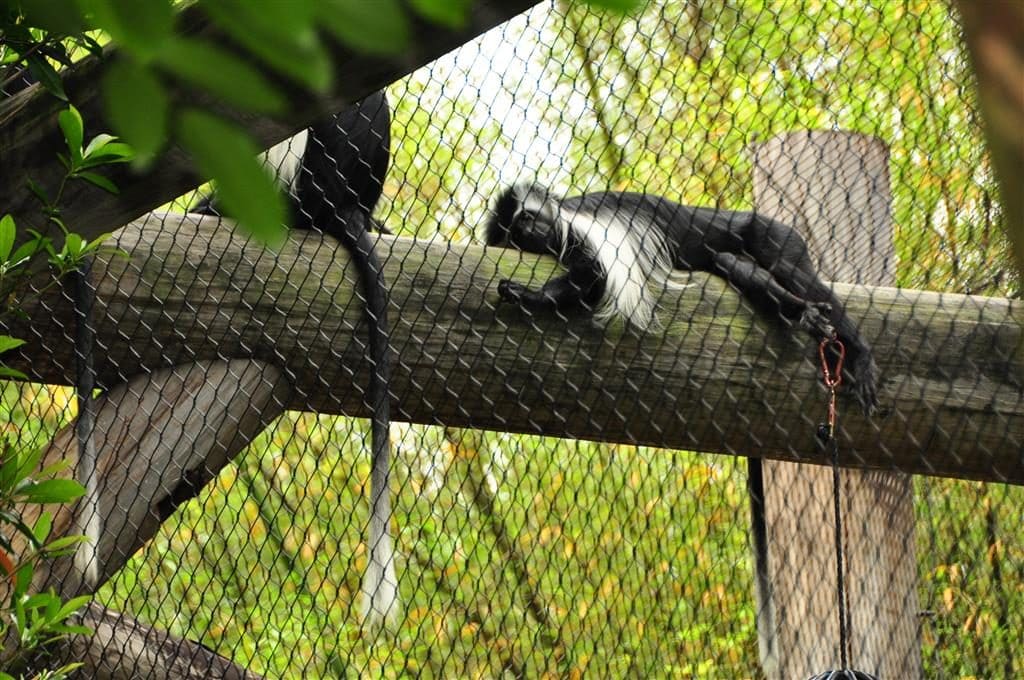 Just like with zip lining, we were attached to a line by harness as we walked along the trail to view the hippos. The two hippos we saw were father and son. 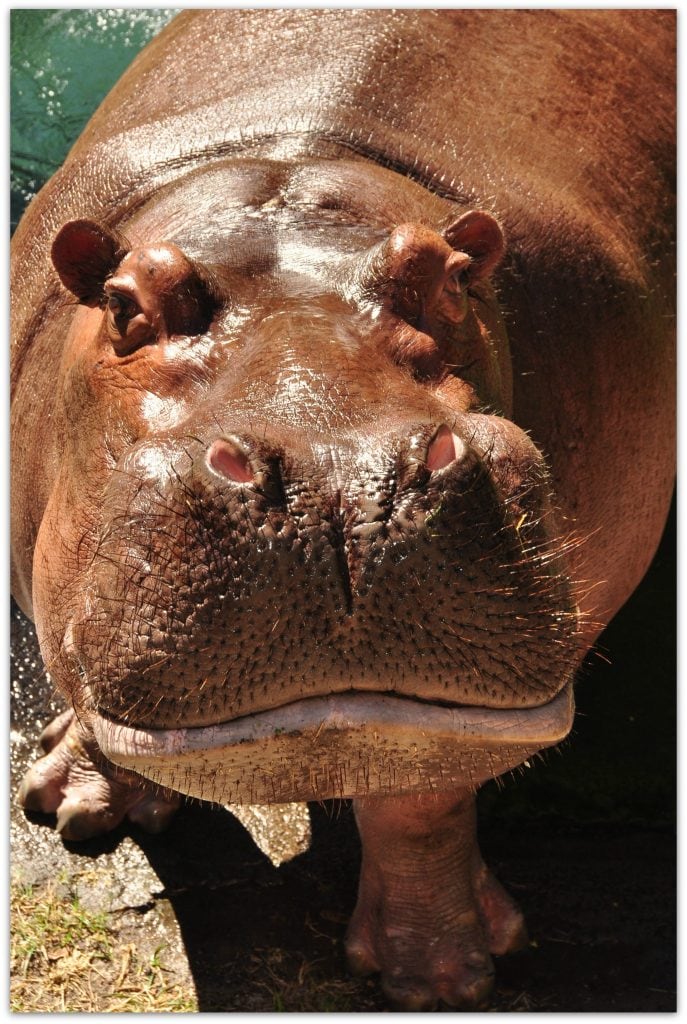 Our guide told us these two get along, but at one point they may fight. The females, on the other hand, work very well together. It was great to be able to ask the guides questions.

After we saw the hippos we crossed the bridge that brought us over the crocodiles. 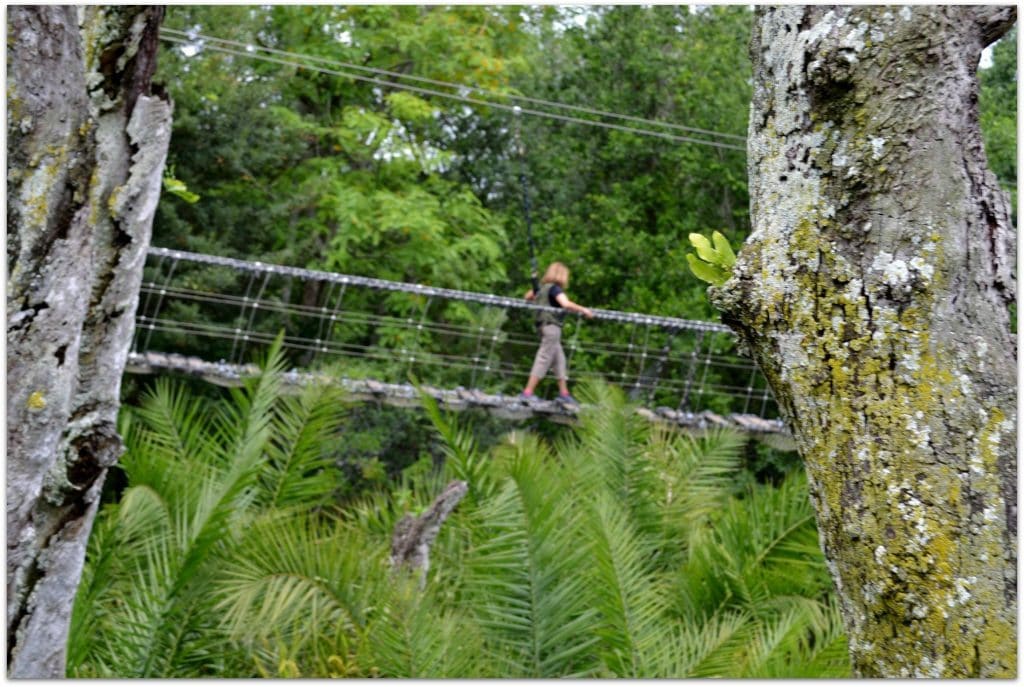 The photos below were taken by our guides, so you can see how many crocs were under the bridge. They were HUGE crocodiles! Did I mention they were huge?! And did I mention there were a lot of them? 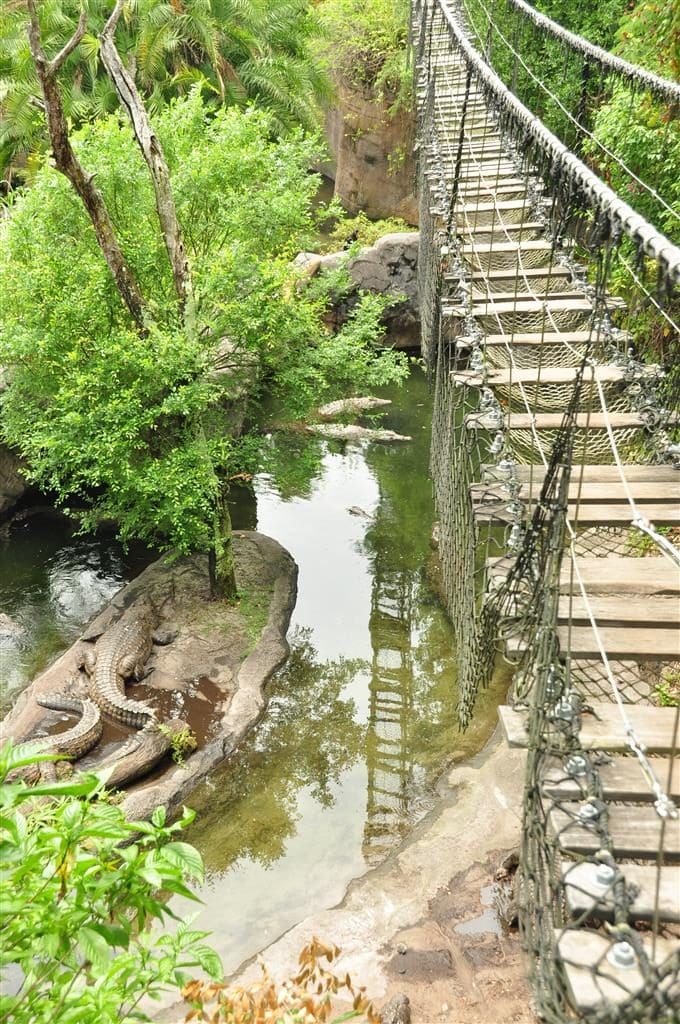 Our guides pointed out some of the crocs, and told us about their eating habits, and also that these are all males as Animal Kingdom isn't breeding crocodiles right now. 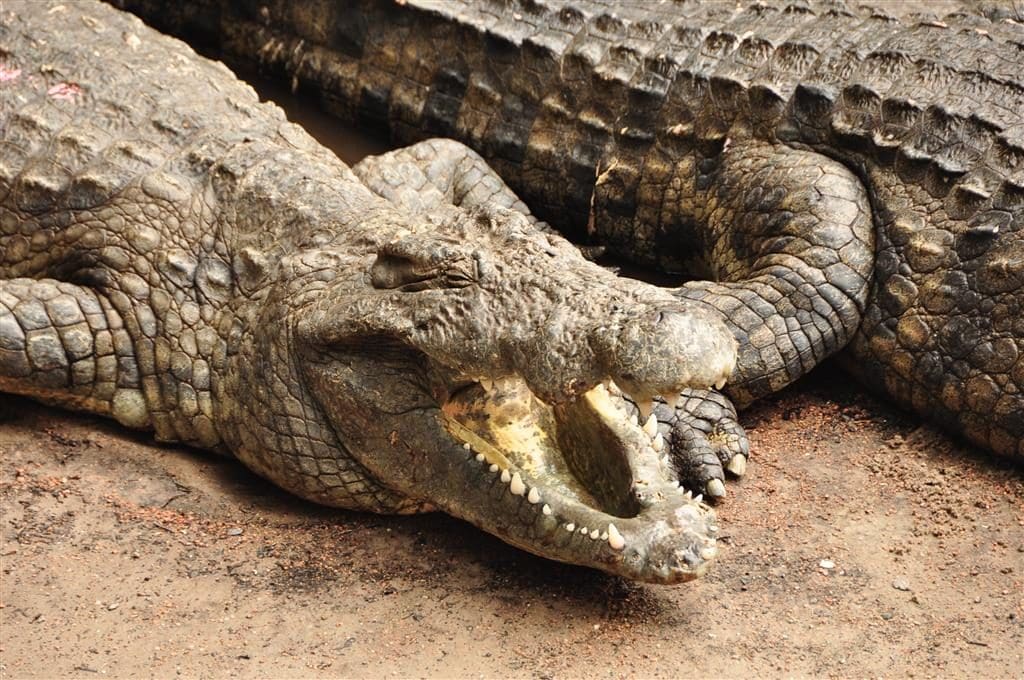 Can you believe that shot?!

2) The photographs are the second reason to do the Trek. I contemplated bringing my camera, and though I would have been able to get a few great shots, professional complimentary photo services are included. There are lockers for you to store your stuff, and being free from my heavy backpack was a good idea after all. Though some of these are from other bloggers who were in my group, most were from the Disney Wild Africa Trek guides. I really liked having my hands free, knowing I'd have great photos of the experience. 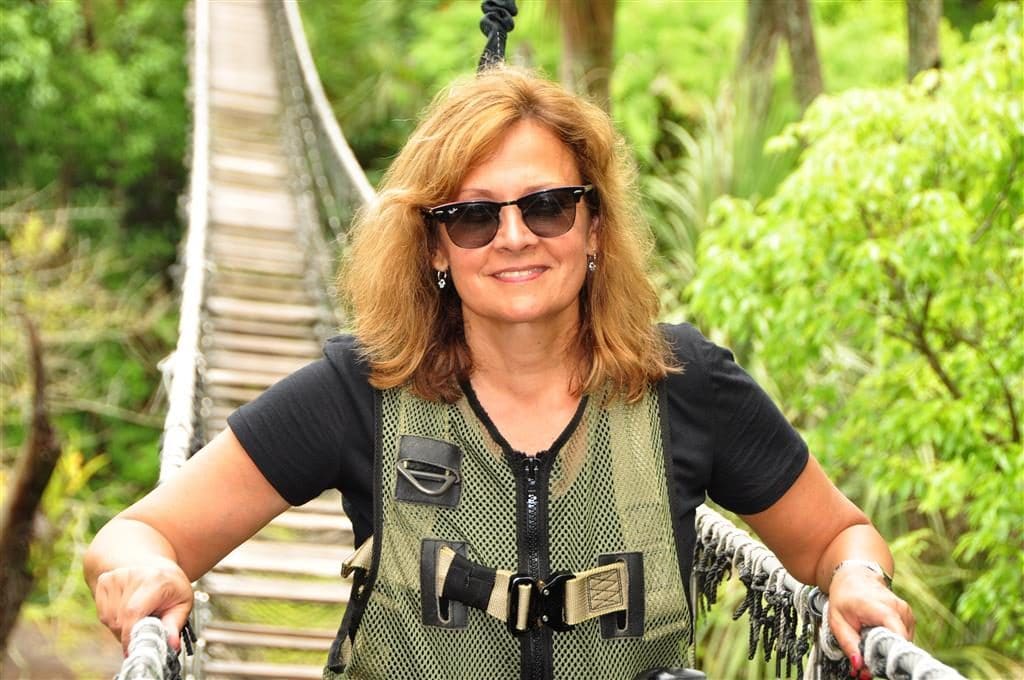 As I said, it was a professional photo shoot, and it was included in the price of the Wild Africa Trek! 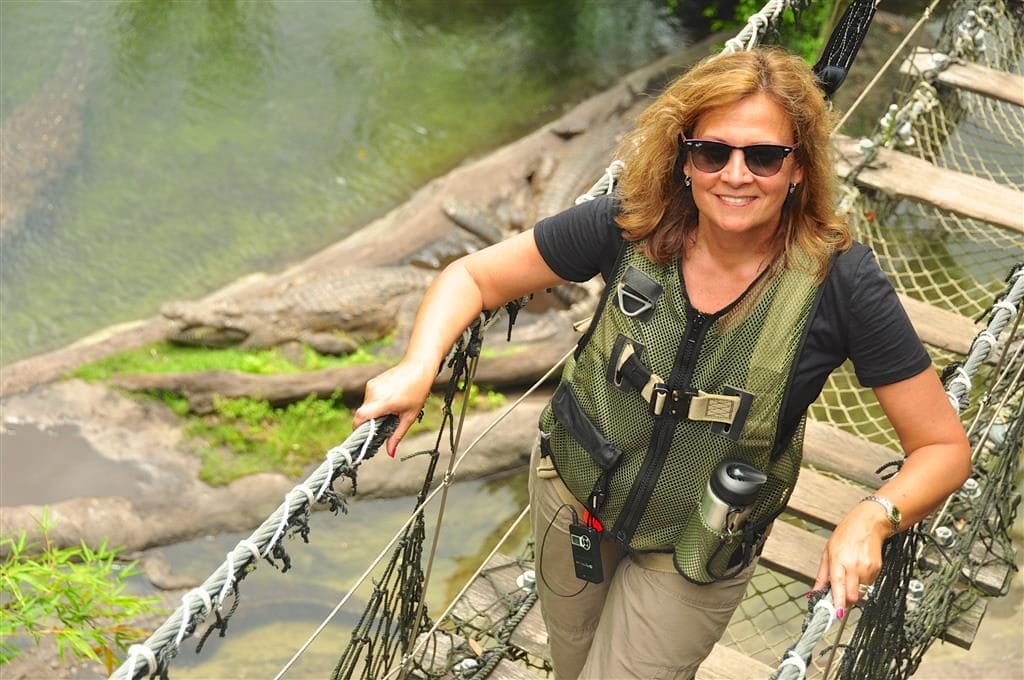 It was fun to have a couple of pics from other bloggers, too. 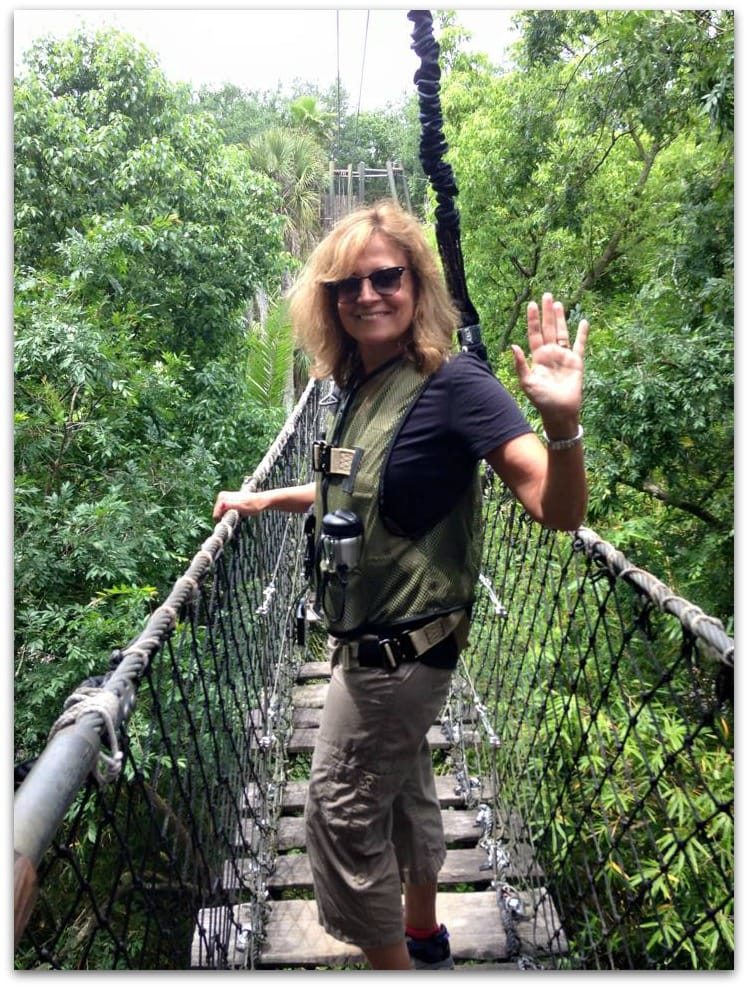 4) The food was the third reason to go on the Wild Africa Safari. Towards the end of the safari we were taken to a boma, which is a traditional African bungalow, and means "cooking place" where we had a fabulous lunch. This was really one of the highlights of the trip for me! We were offered refreshing juice or water, and each person had a  snack in a container that reminded me of camp gear. The container was not filled with camp food, but with delicious traditional African treats, like dried beef and prosciutto, sun-dried tomato hummus and small pitas, fruit salad, curried chicken salad, marinated tandoori shrimp, and smoked salmon roulade with dill. As a foodie, I was in heaven. If I had been more hungry, I would have eaten every last bit of it! 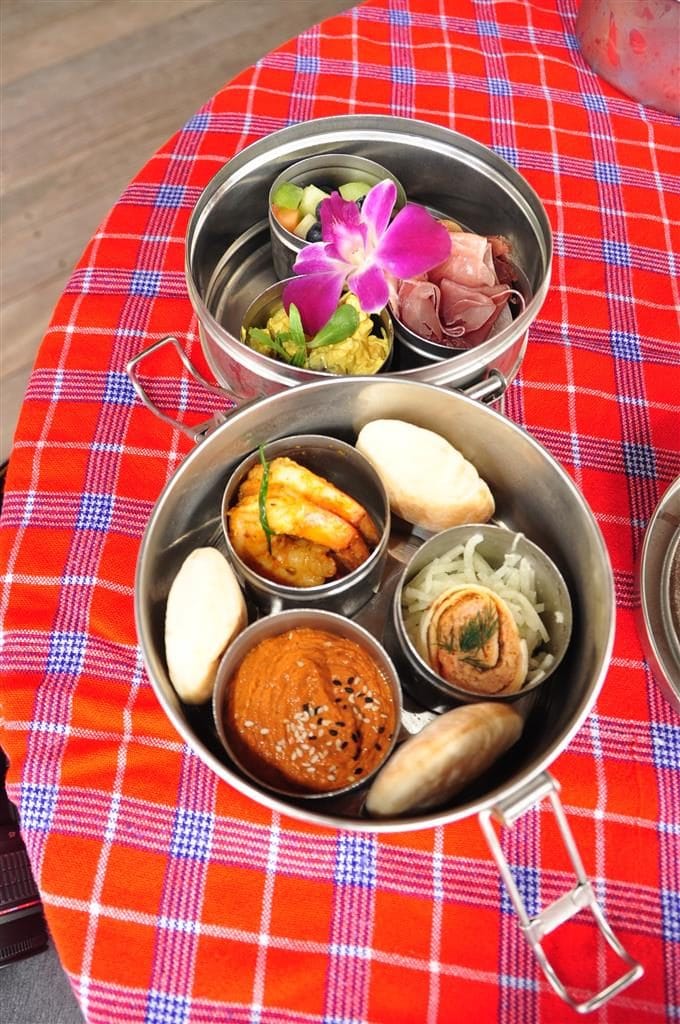 We honestly did not expect to be waited on for a sit down meal in the middle of Harambe Reserve. 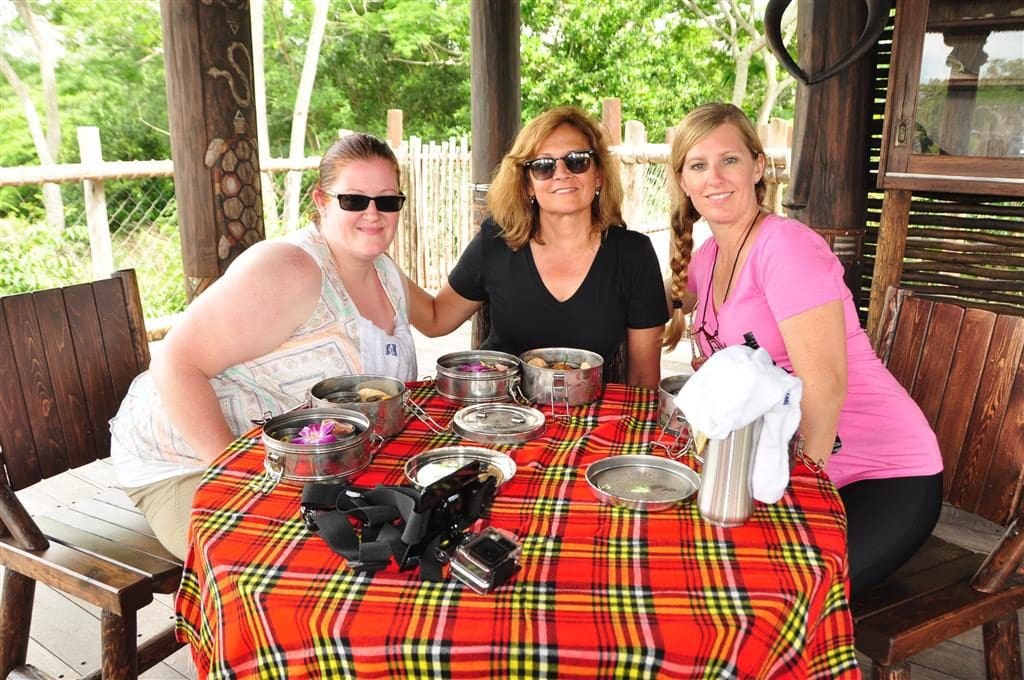 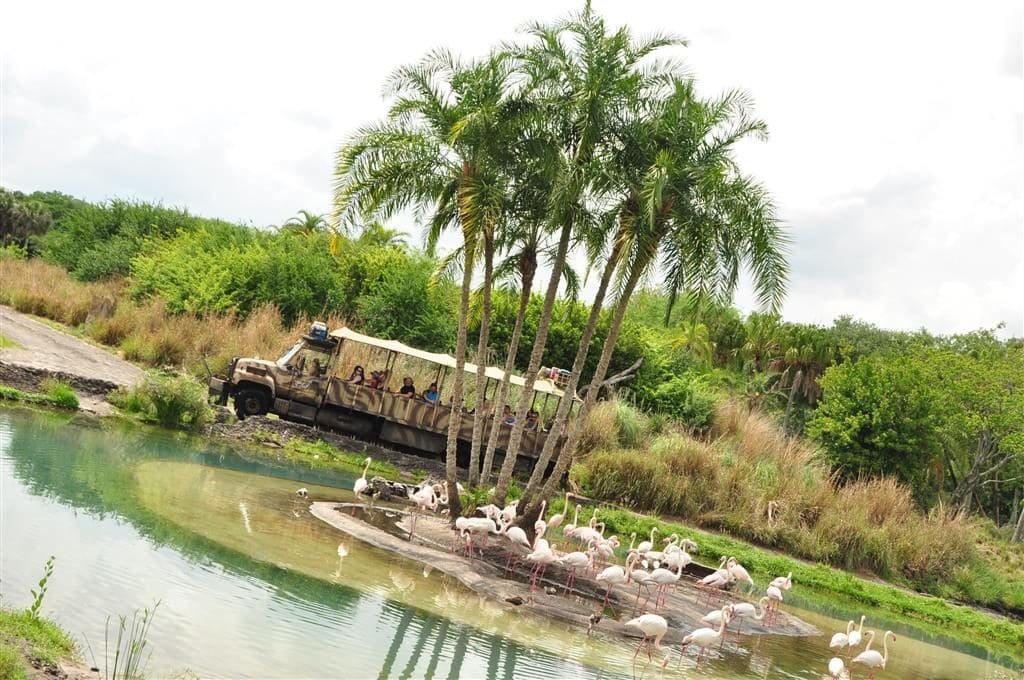 Finally, the last reason you should splurge on the Wild Africa Trek is the guides that are with you from beginning to end. You'll wear a headset so you can hear them as they educate you on all the animals. They also suit you up, explain the Trek, take photographs, serve your meal, and make the three hours fly by because you are having so much fun! Jason and Joe were awesome! 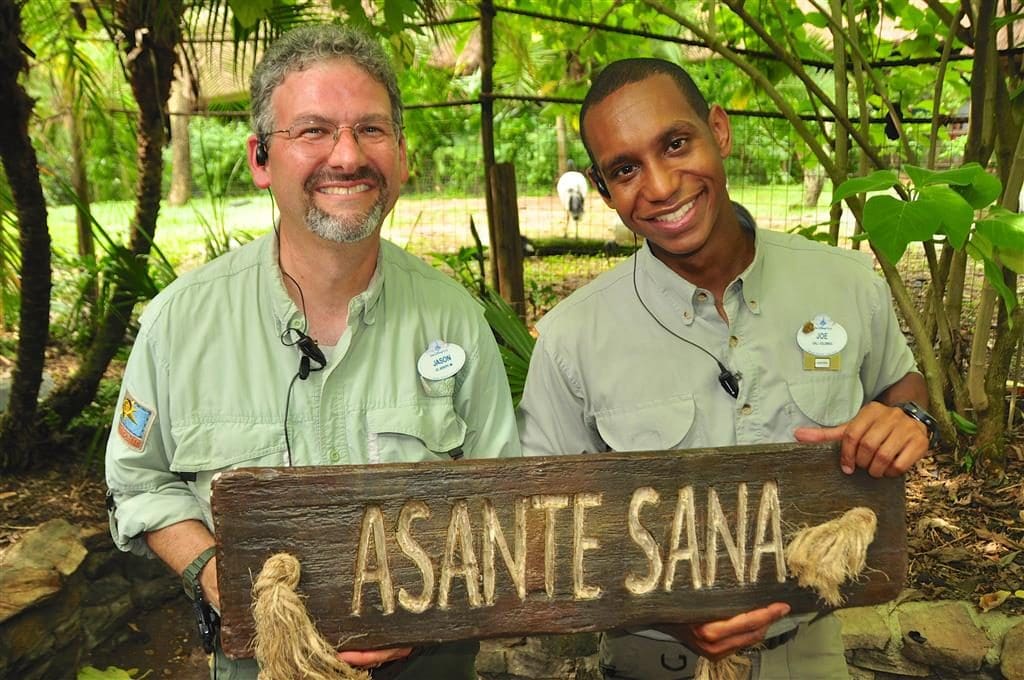 The Wild Africa Trek is such a unique experience, and I highly recommend it. Though it can be a little pricey, at $189 to $249 per person, plus tax, depending on the time of year, plan it for a special occasion. My oldest daughter will be graduating from community college next month, and it think taking her on the Wild Africa Trek would be such a great celebration. 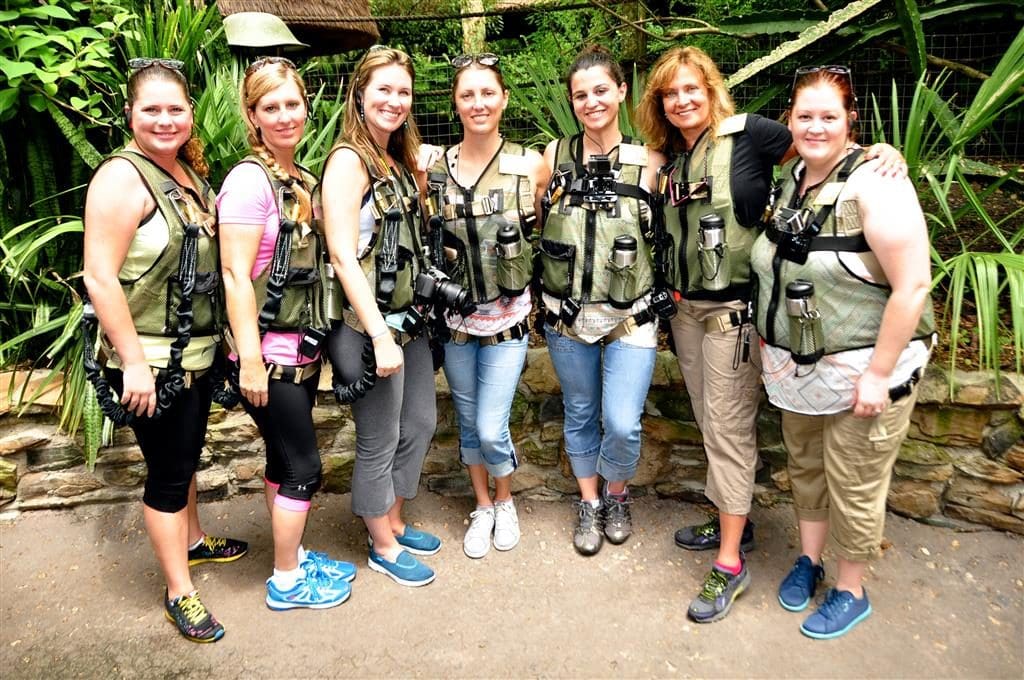 We were also given custom name tags and water bottles, both keepers after the trip!

Check out the Wild Africa Trek on the Disney website to learn more and book your Trek! I can't wait to hear about your experience! Please come back and share!

By the way, Monkey Kingdom is now in theaters, and if you see it this week, a donation will be made in your honor to Conservation International! Check out the trailer!

Check out my review and enter to win a Little Love Monkey pendant!

Previous Post: « On the Go Reading with an Audible Subscription
Next Post: Become a Wilderness Explorer! #MonkeyKingdomEvent »