I shared with you a couple of weeks ago about my trip to Universal Studios and Islands of Adventure. It was awesome, and the Wizarding World of Harry Potter is so amazing! I attended a webcast last week about the all new Diagon Alley park, and I can't wait until it opens! I had no idea the new park was going to be in Universal Studios, and it's going to be even larger than the Wizarding World of Harry Potter! Now you'll be able to see Harry Potter through both parks, and they will be connected by the Hogwarts Express!

Mark Woodbury, president of Universal Creatives, was on hand to tell us all about what's in store. Actors James Phelps, Matthew Lewis, and Evanna Lynch also took part in the webcast. We even got to see the inside of Hogwarts Express, which looked amazing! This park is seriously raising the bar! 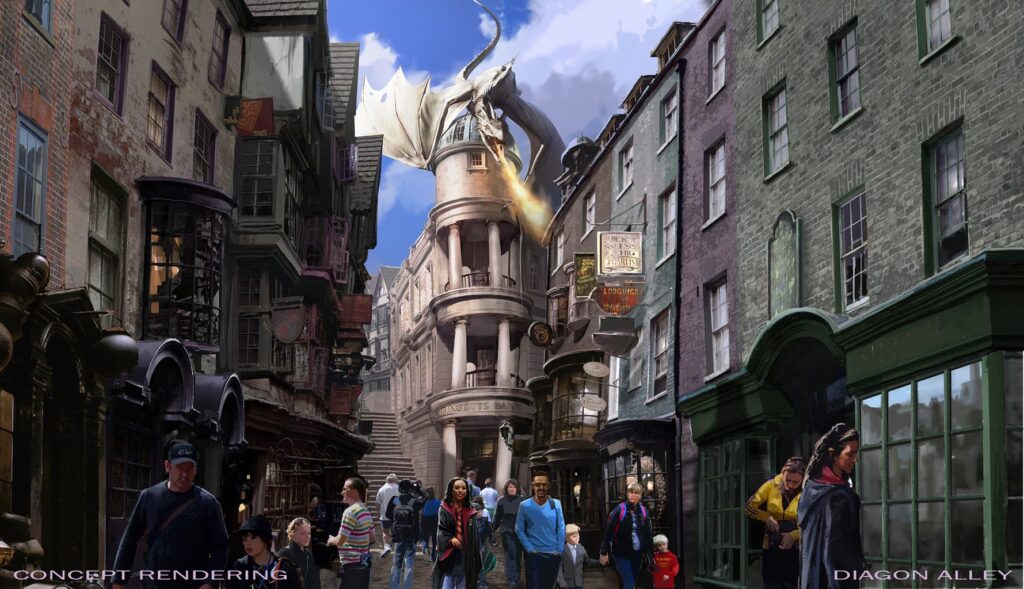 ORLANDO, Fla. (January 23, 2014) – Never before has a theme park created a guest experience like this: you climb aboard the Hogwarts Express in Hogsmeade and moments later arrive at King’s Cross Station – where the wonders of London and Diagon Alley unfold before you.  And it is all real.

With this summer’s opening of The Wizarding World of Harry Potter – Diagon Alley, Universal Orlando Resort and Warner Bros. Entertainment will bring even more of Harry Potter’s adventures to life inside a new, magnificently themed area that includes a revolutionary attraction experience, as well as all-new themed shops and dining.

The two companies today revealed first-ever details about the new area and the one-of-a-kind adventures it will offer the whole family.  The spectacularly themed environment will double the size of the sweeping area already dedicated to Harry Potter’s adventures at Universal Orlando, expanding it across both Universal theme parks.

And – just like in the books and films – guests will be able to travel between the two areas aboard the iconic Hogwarts Express.

Universal Orlando launched a global phenomenon when it opened The Wizarding World of Harry Potter – Hogsmeade at its Islands of Adventure theme park in 2010.  That area includes the iconic Hogwarts castle – which houses the groundbreaking Harry Potter and the Forbidden Journey attraction – and the village of Hogsmeade.  The Wizarding World of Harry Potter – Diagon Alley will be located within Universal Orlando’s second theme park, Universal Studios, and will create new experiences based on the signature areas of London, Diagon Alley and Knockturn Alley. 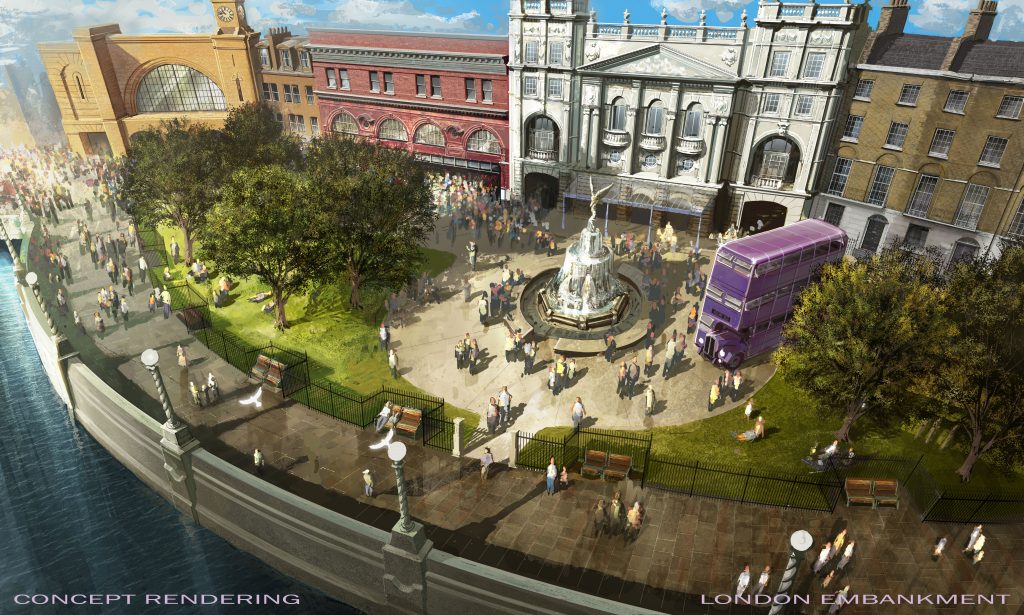 Universal’s creative team has been working closely with Stuart Craig and the production team from the Harry Potter films to make the new area as authentic and spectacular as possible – just as it did with The Wizarding World of Harry Potter - Hogsmeade.

After arriving at King’s Cross Station aboard the Hogwarts Express, guests will pass through London and the iconic brick wall archway from the films into Diagon Alley – a bustling, wizarding hub within a Muggle city.  There will be shops, dining experiences, and a new ride called Harry Potter and the Escape from Gringotts – a multi-sensory, multi-dimensional journey that will take theme park attractions to a new level.

The Wizarding World of Harry Potter – Diagon Alley will give visitors the exciting opportunity to: 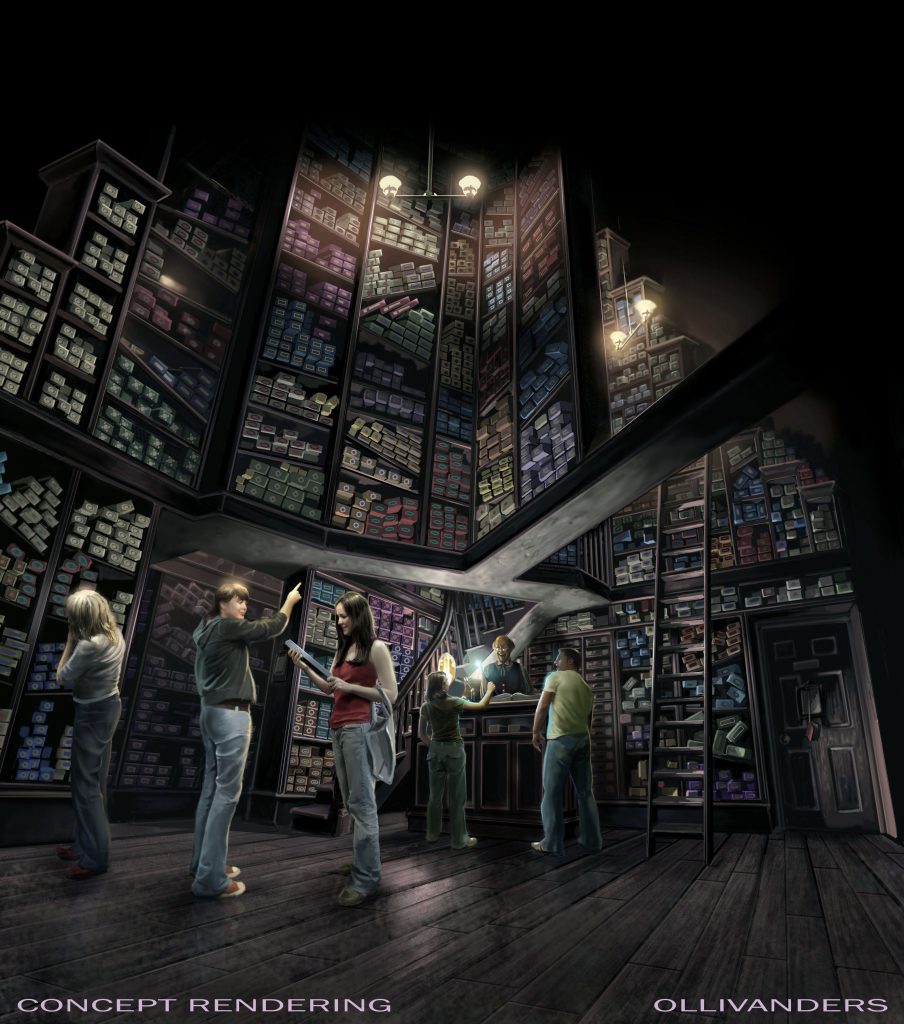 You'll even be able to explore some of Diagon Alley’s famous shops, including:

o   Weasleys’ Wizard Wheezes, a vibrant shop featuring novelty items, magical jokes, and toys inspired by the books and films that will amaze the mischievous child in everyone

o   Madam Malkin’s Robes for All Occasions, where guests will find a variety of wizardwear from Hogwarts school uniform ties, scarves and jumpers, to authentic wizard’s robes and character costumes

o   Magical Menagerie, which features a collection of plush animals, such as owls and Hippogriffs 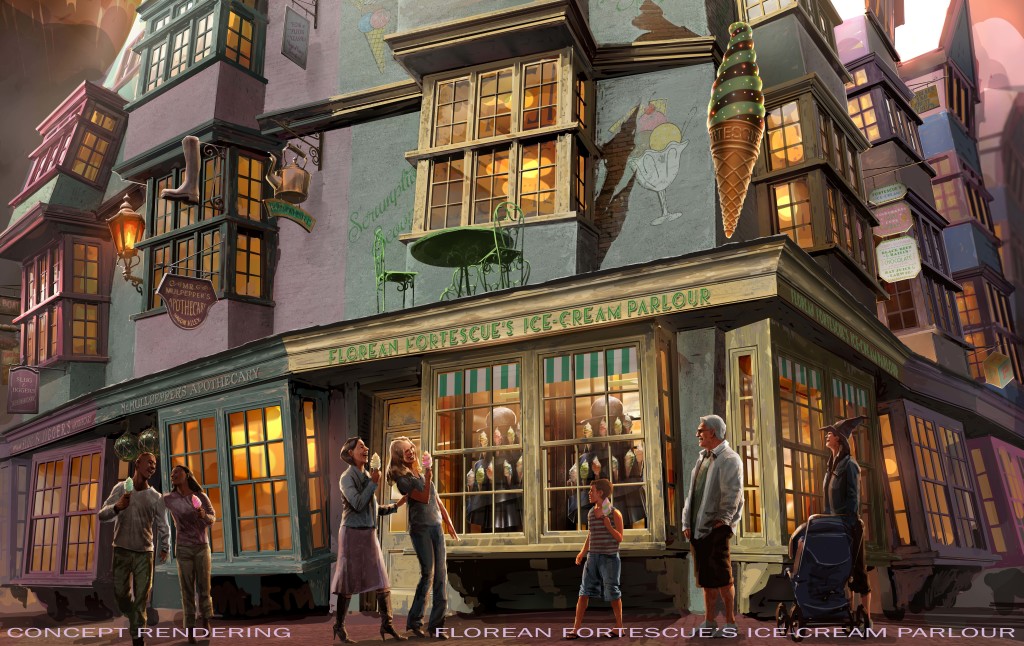 More details about the unique experiences that can be found in The Wizarding World of Harry Potter – Diagon Alley will be released over time.  For more information about the area, visit www.universalorlando.com/harrypotter.

Information provided by Universal Studios. Virtually Yours was not compensated for this post.

« Best Things to do in St Maarten on a Cruise
Disney Fantasy Cruise - Day Five! »
1 shares