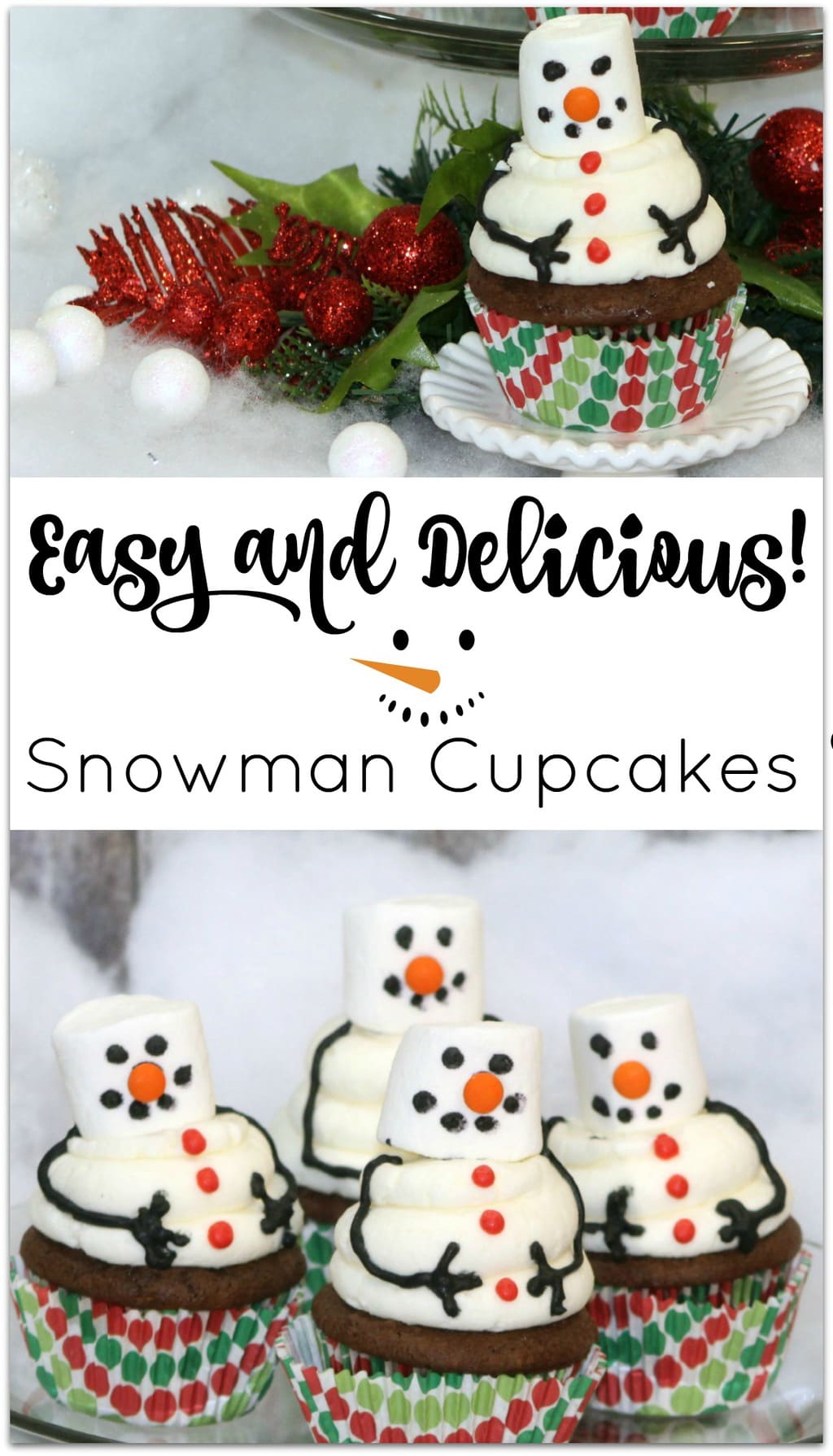 Everyone loves a snowman, and these snowman cupcakes are the perfect winter dessert for a holiday party! Need to whip up something quick? It's such an easy dessert recipe! You can’t go wrong combining chocolate, marshmallows, and cake, right? Head to the kitchen with the kids. Even the little ones can build these snowman cupcakes! 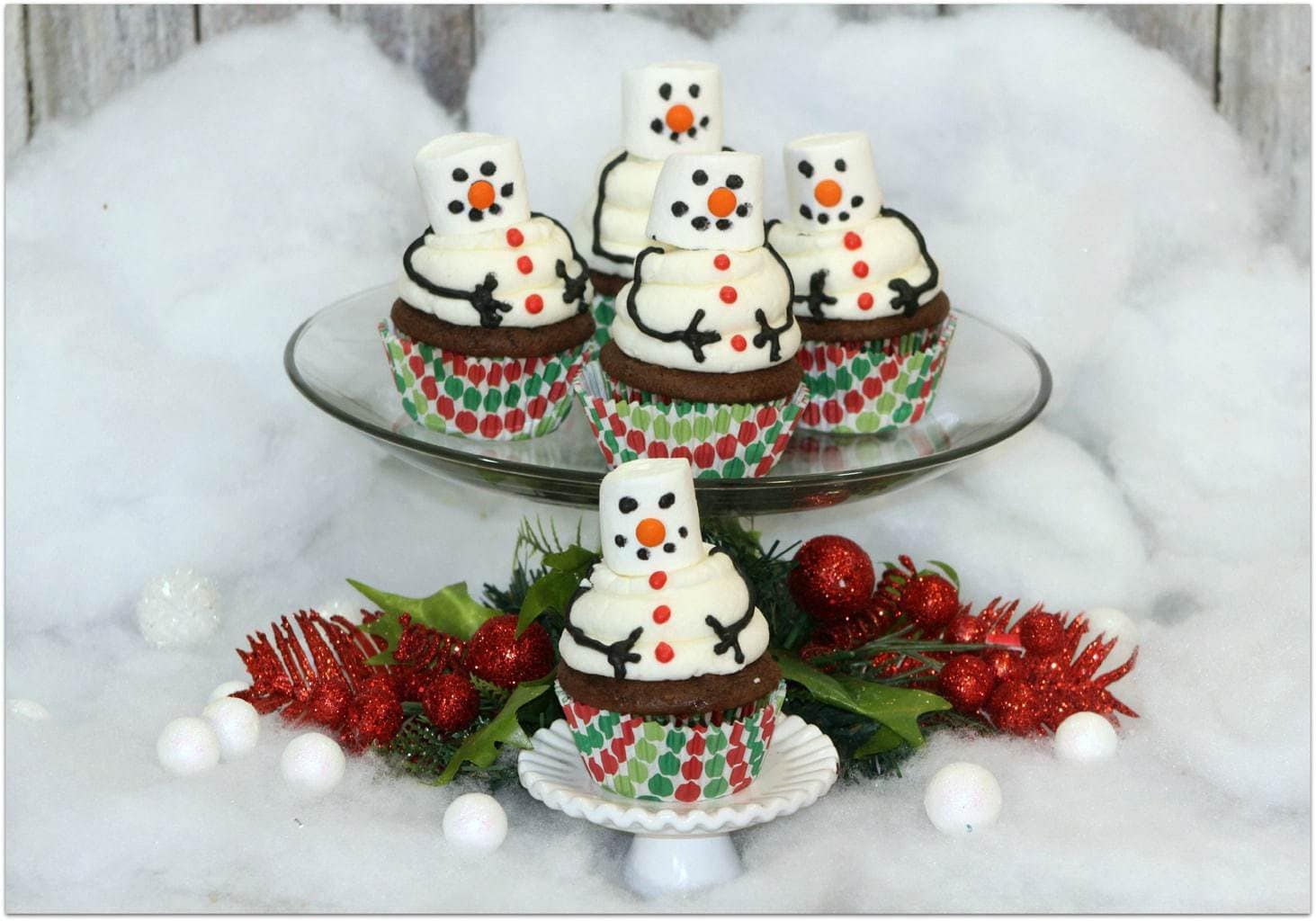 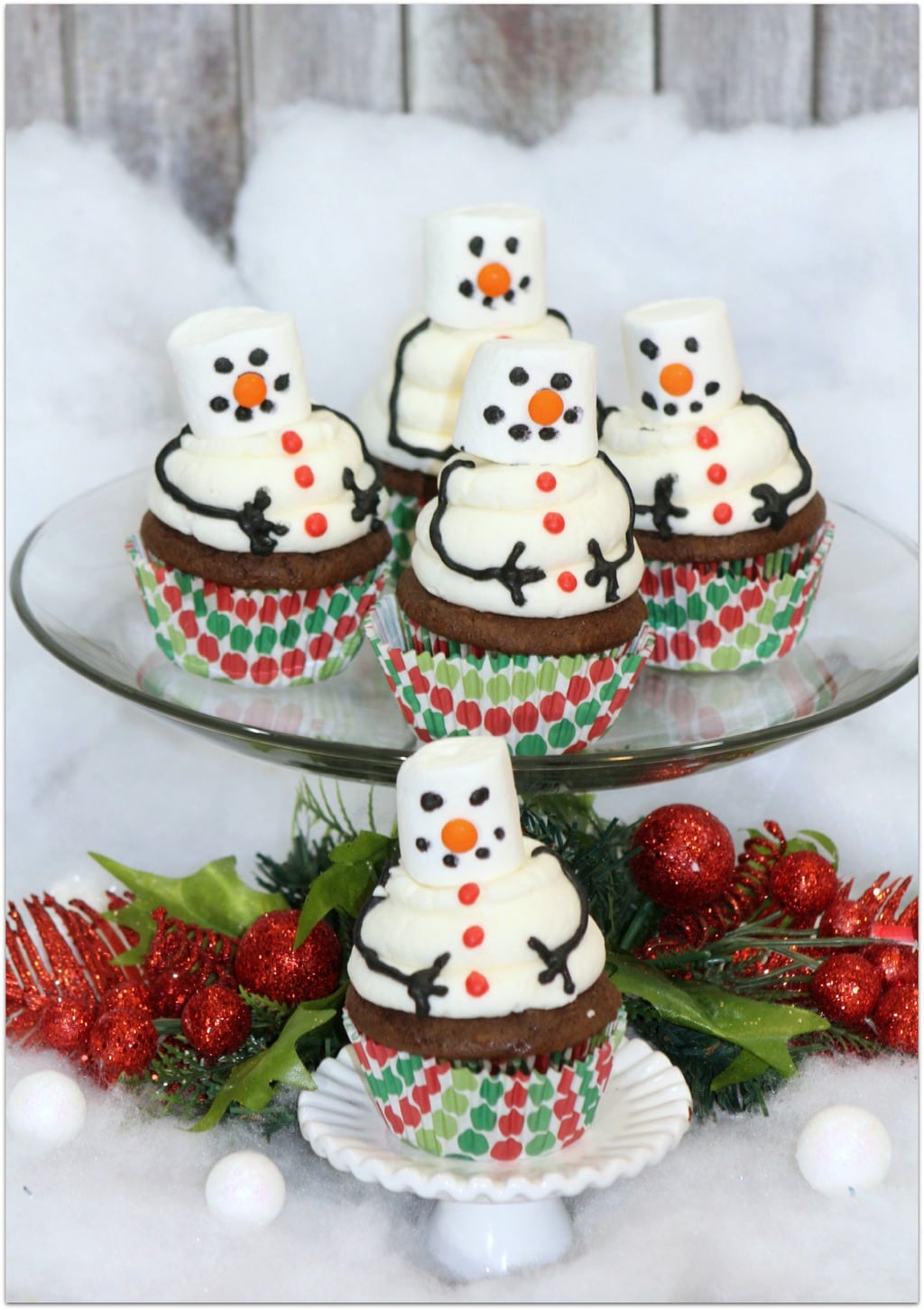 -Preheat oven to 350 degrees.  Line cupcake tins with paper liners.
-Combine the flour, baking powder, baking soda, cocoa and salt stirring together. Set aside.
-Cream together the butter and sugar until light and fluffy in a large bowl.
-Beat the eggs one at a time, after each addition, then add in the vanilla.
-Alternating add the flour mixture  with the milk; beating  well.
-Fill the lined cupcake tins ¾ full.
-Bake at 350 degrees for 20 to 25 minutes, or until a toothpick inserted into the cake comes out clean.
-Allow to cool in cupcake tin for 10 minutes.
-Move to a wire rack to cool completely.

-Cream the butter and powdered sugar until it looks light and creamy.
-If it doesn't cream add several drops of the heavy whipping cream until it creams.
-Test to see if the frosting can form and hold a stiff peak by taking a spoonful of frosting and turning the spoon upside down. If the frosting stays on the spoon it is ready if not then....
-Add more powdered sugar ½ C at a time.... mix well.
-Scoop the frosting into a pastry bag with a large round tip.
-Twist the open end of the pastry bag to push the frosting to the tip.
-Start by frosting on the outside edge of the cupcake working to the center of the cupcake. 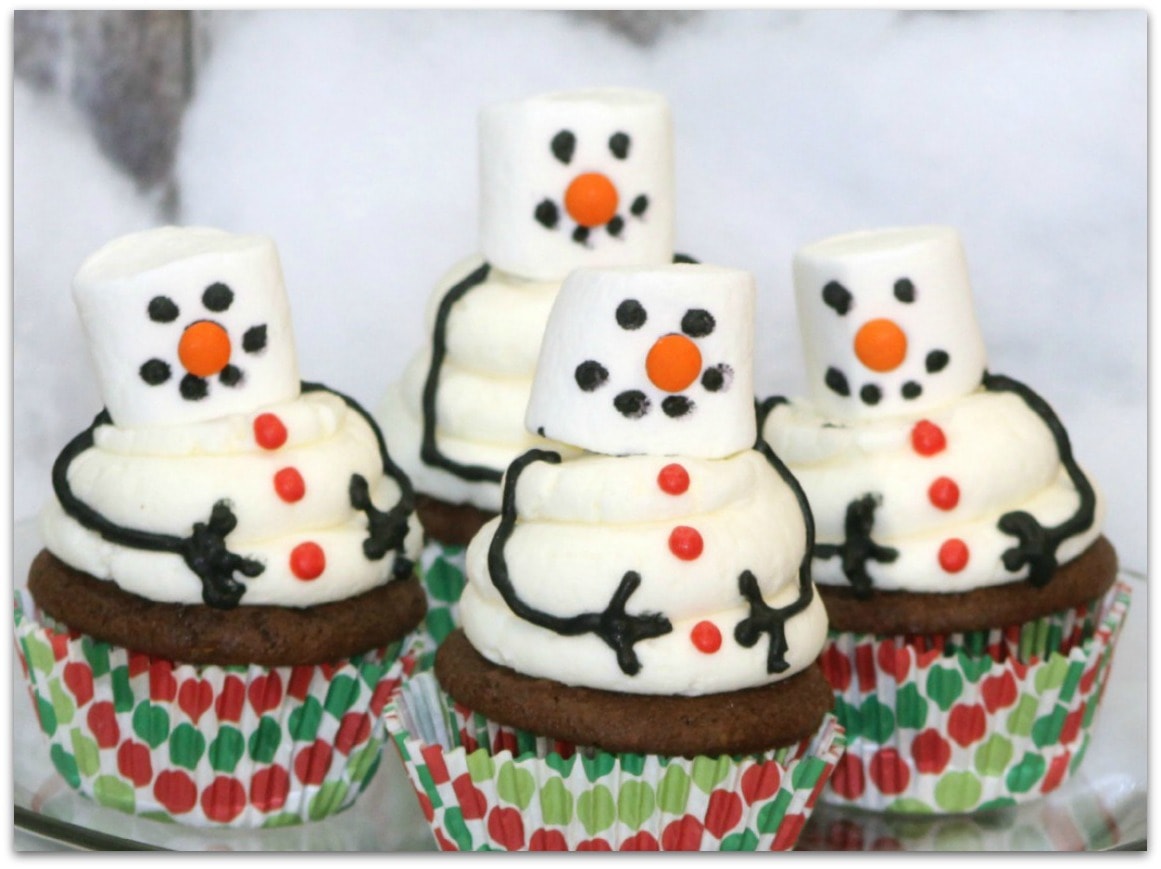 -Combine all ingredients in a mixing bowl mixing on medium speed for 4 minutes. (except your food coloring)
-If icing is  not stiff enough add ¼ C powder sugar.
- Spoon 2 TBSP of white icing into a bowl to use as glue.
-Divide the remaining icing in half. Add several drops of red gel food coloring in the first half of the icing.
-Add several drops of black gel food coloring into of the half icing ... stir well to mix the color.
-Scoop the icing, red, white and black, into piping bags with small tips.