With summer coming to an end and fall weather approaching, there is nothing like a big bowl of steaming soup for dinner. With these 34 crockpot recipes, you’ll have plenty of ideas! 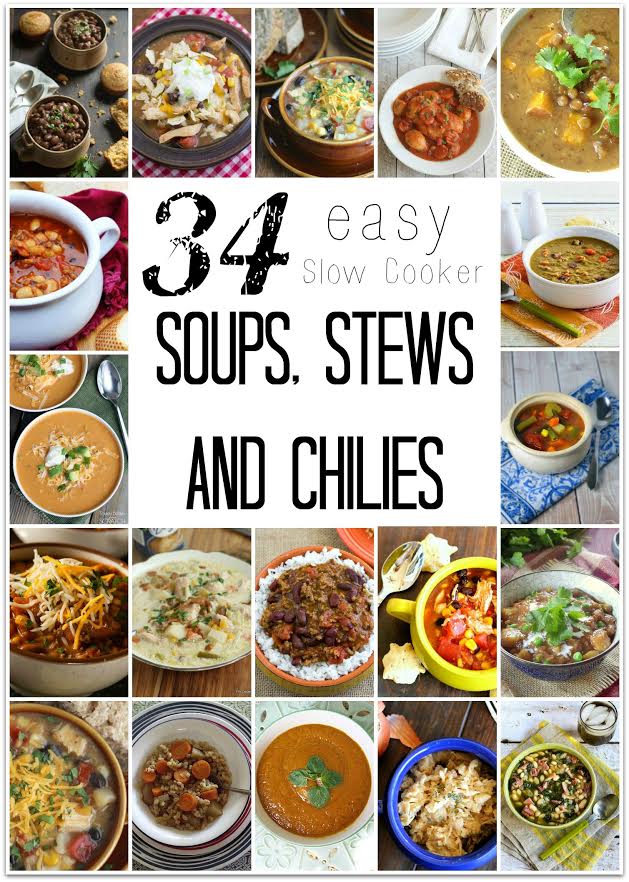 We’ve got chicken recipes, beef recipes, vegetarian recipes, and even a gluten free option. Soup is the perfect food for cooler nights, and using the slow cooker makes it easy! Let me know which is your favorite! By the way, these Cheddar Bay Biscuits are a perfect accompaniment!

Pumpkin Soup for the Slow Cooker from Amanda's Cookin'

Crockpot Cabbage Roll Soup from Tales of a Ranting Ginger

Slow Cooker Chicken and Dumplings from Pink When

Slow Cooker Chicken Tortilla Soup Recipe from Mission to Save

Crockpot Chicken Tortilla Soup from Flour on my Face

Easy Crockpot Chili from Flour on my Face

Chunky Crockpot Chili Recipe from Mission to Save