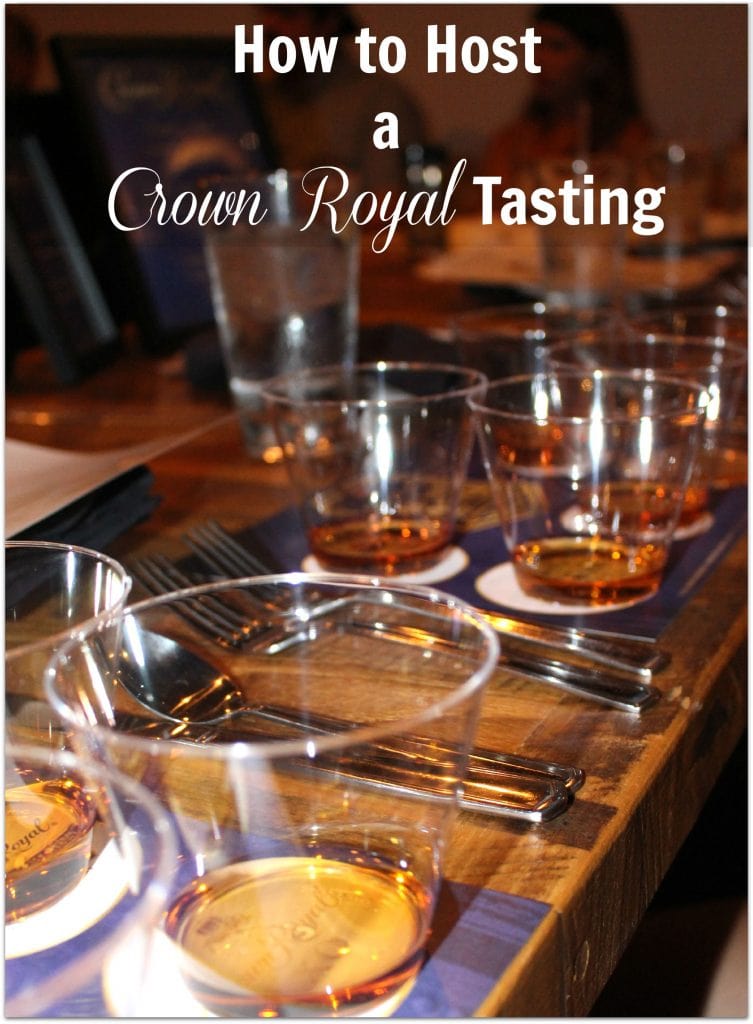 My husband and I enjoy throwing parties and have hosted a few wine tastings, but we had never considered a Crown Royal tasting. In fact, as excited as I was to participate in the Capture the Crown Event and attend the Jeff Kyle 400 NASCAR race with Crown Royal, I have to admit I was a little nervous about drinking Crown Royal. I'm typically a wine drinker, a beer drinker when it's hot, and on occasion I'll sip on a cosmopolitan with vodka. But whisky?

Crown Royal treated us to a wonderful meal at Georgia Reese's restaurant on the first night of the event. Before dinner, we had a Crown Royal tasting. Straight up. No juice, no ginger ale. Simply straight Canadian whisky. And you know what I discovered? Tasting whisky is similar to tasting wine. I had no idea. One of my favorite movies is French Kiss. In the movie, Kevin Kline's family owns a winery. He meets Meg Ryan through a series of events, and takes her to the family vineyard where he tries to teach her about wine. He has small bottles filled with the aromas of spices, fruits, and wood, and he asks Meg to smell the aroma and then taste the wine. This was my first introduction to aromas, and I promptly bought a kit so I could try it myself. I've since hosted wine tastings and introduced others to the process of tasting wine. Still, I had no idea tasting whisky would be similar. 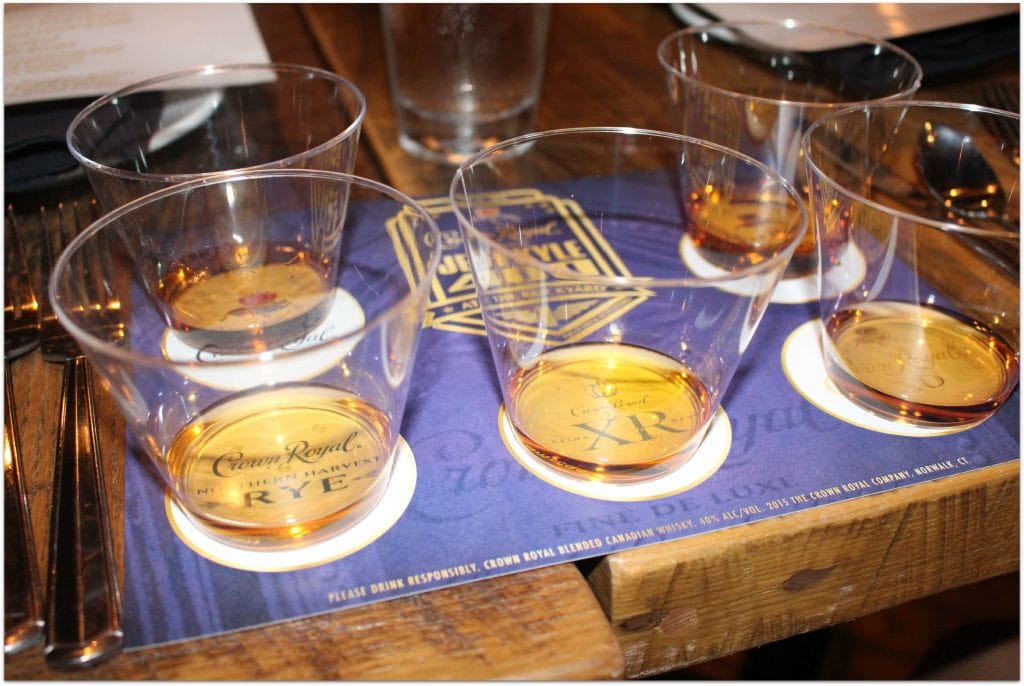 I loved this tasting mat. As you can see, each whisky we tried was marked on the mat. 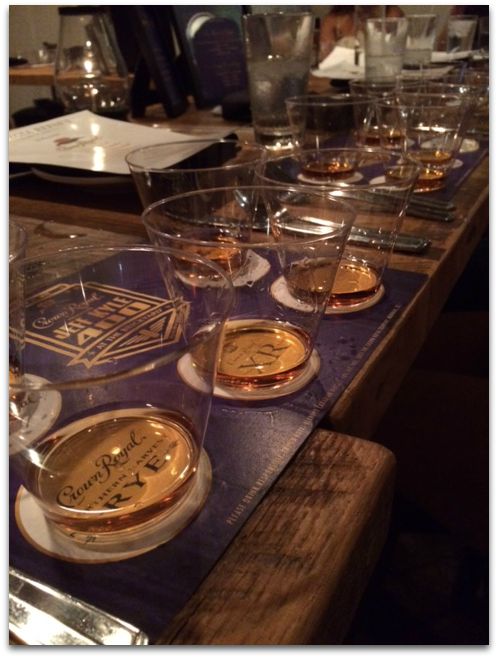 If you would like to host your own Crown Royal Tasting, you can print your own tasting mats by simply clicking on the mat below. 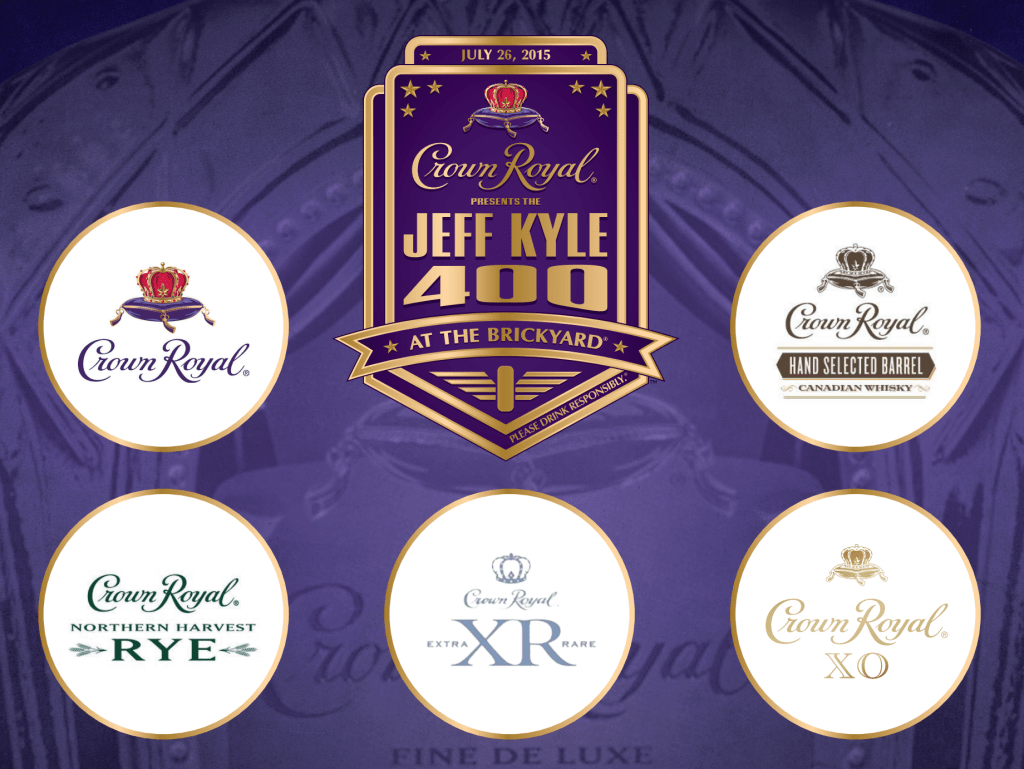 A Crown royal Tasting can be a really fun activity for your next party. I can't wait to host one at my house. Crown Royal has a lot of great recipes that would be fun to serve at a tasting or any gathering. I also have a Crown Royal Butter Pecan Cupcake recipe that you could serve for dessert! Whatever you serve, do remember that it's important to drink responsibly, and never serve alcohol to anyone under 21.

I joined Crown Royal in Indianapolis for the Jeff Kyle 400, which is part of their Heroes Project. I'll be sharing more about meeting Jeff and some of the other nominees in the coming days. Also, stay tuned for an insiders look at the Jeff Kyle 400 Race at the Brickyard! Coming soon!