When I was in Los Angeles earlier this month for the Delivery Man red carpet premiere, I was able to sit down and chat with Vince Vaughn. He was warm and friendly, and took all the time we needed to answer our questions about the movie, as well as a few about his life being a real dad. 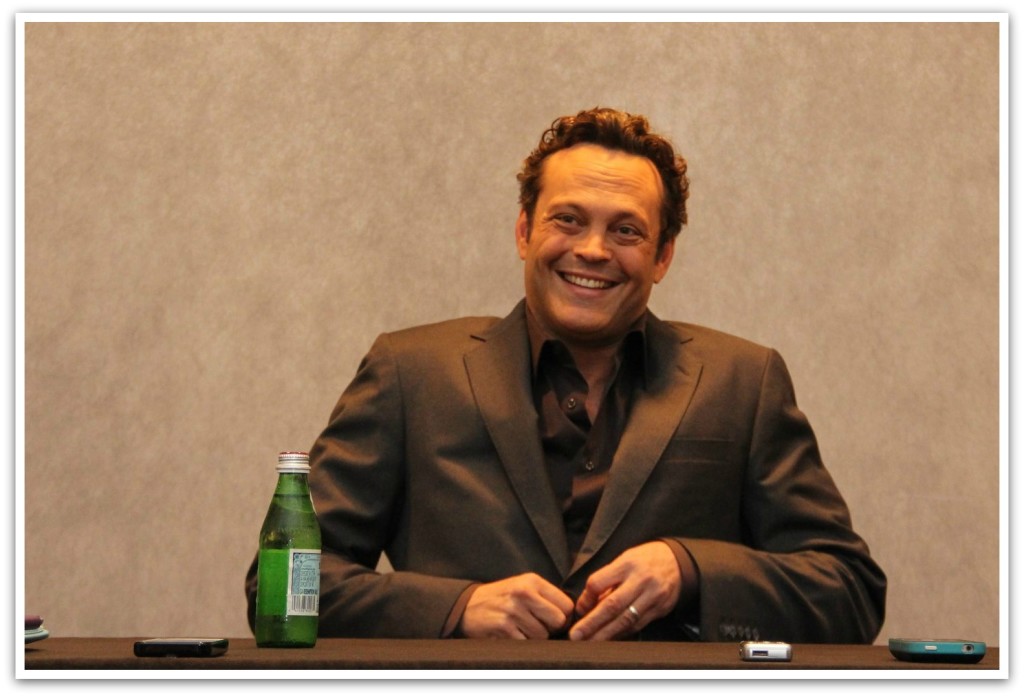 Q: Why did you decide to take the role as David Wozniak?  Vince Vaughn: The director is a very passionate storyteller. Nowadays, movies can be a comedy or sentimental or a drama, it is all of those things in one movie. It makes it a very unpredictable story. Being a young father, the hopes and fears that you have for your kids really is strong. There’s nothing worse than that scene where you hear the girl is clearly being taken advantage of. It’s heartbreaking. Even the boy who’s in the wheelchair... he doesn’t know how to love that kid. It’s not that he doesn’t love the kid. He doesn’t have the self-confidence to say, "How do I express affection or warmth?"  I think I can relate to this sometimes. I think a lot of us can. You might want to bring tissues to this movie. That is one of the scenes that just touches your heart. Vince does an amazing job of making you feel what he's feeling. I'm tearing up here remembering the scene. 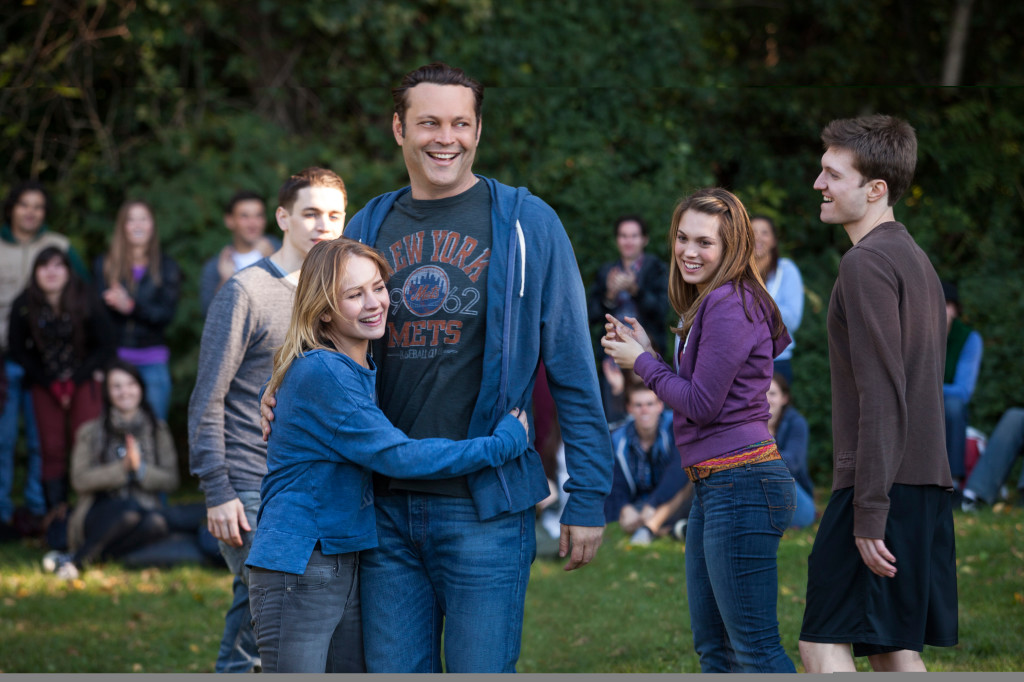 You mentioned being a dad. How did being a dad affect how you took on the role? Vince Vaughn: We only had my daughter. My second child was conceived during Delivery Man. It becomes a journey of figuring out what’s the best way to give them skill sets to be successful. I waited til I was older and I really wanted to be a parent. I’m very invested in it. I think it was very easy to draw on those kind of emotions that were running in me anyway. I remember when I first saw Delivery Man this past July while in Chicago, and Vince was supposed to join us for the movie, but couldn't make it because they were having their second child. I guess that was an okay excuse to not be there 🙂 He did take the time to videotape a message to let us know why he couldn't make it. I thought that was really sweet. Q: This is a very family-friendly movie, which is kind of a departure from the movies that you’ve made in the past. Are you actively trying to make more family-friendly movies, something that your family could see in the future? Vince Vaughn: I don’t know if I would say I’m actively doing it. I think the time in my life made me excited about investigating parenthood, and also partnership. I think the best thing you can do as a father for your kid is to love the mom. It shows them what a good relationship should be. Of course, with 24 female bloggers in the group, he had us with that one! You will love the relationship between Vince & Cobie Snulders, who I also had the chance to interview, along with Chris Pratt. Coming soon! 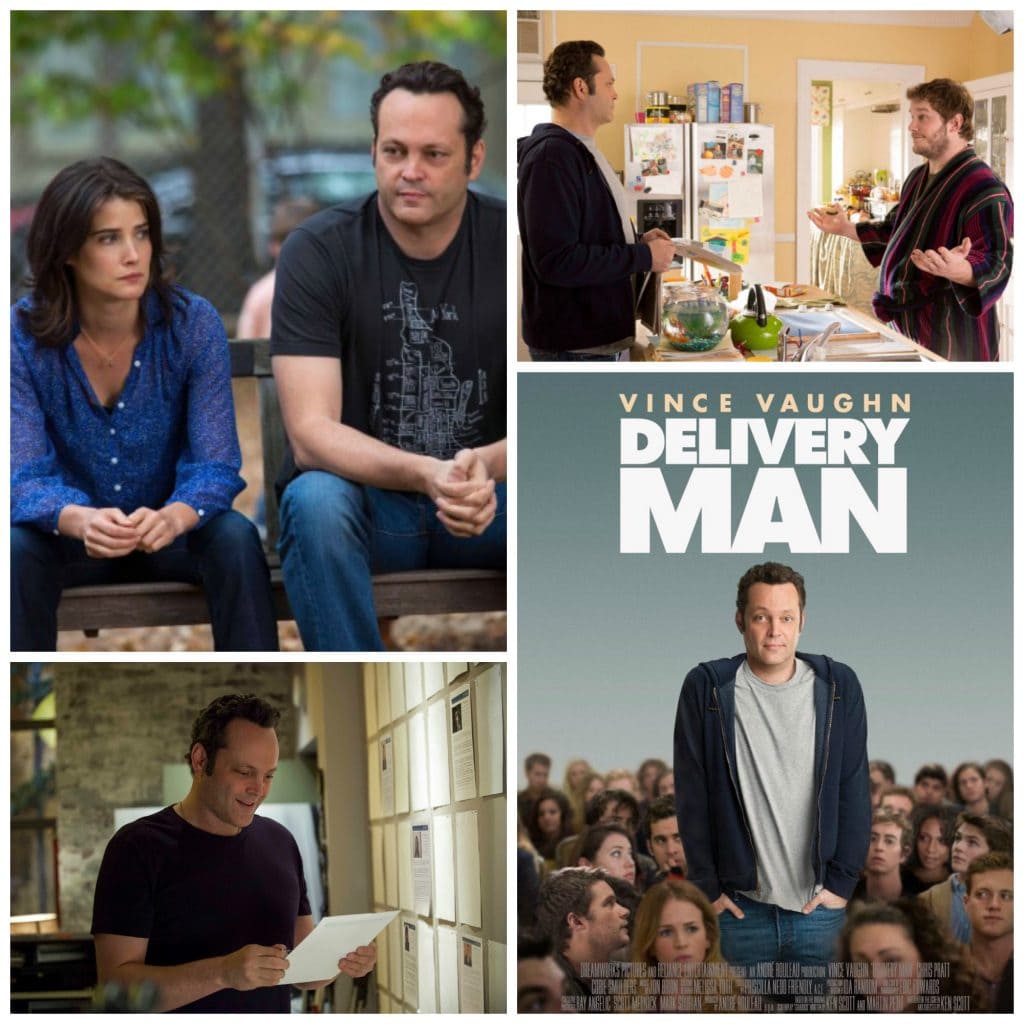 Q: We spoke to Cobie and Chris yesterday, and they talk so highly of you. How was it for you to work with them?  Vince Vaughn: I hate those guys. (Laughing) I would say the same about them. I think one of the things that was so nice was that both of them are really new parents, so I had a captive audience to show my photos to! Chris is really sweet and sincere, and really loves his wife. It’s nice to see. And the same with Cobie, and her husband’s so nice. They’re excited parents. It was fun to be making this movie with people who are at a similar stage that I was. I liked that they’re very grateful still; they’re excited to be working and doing stuff;  they’re very balanced.  So, that was fun to be around. 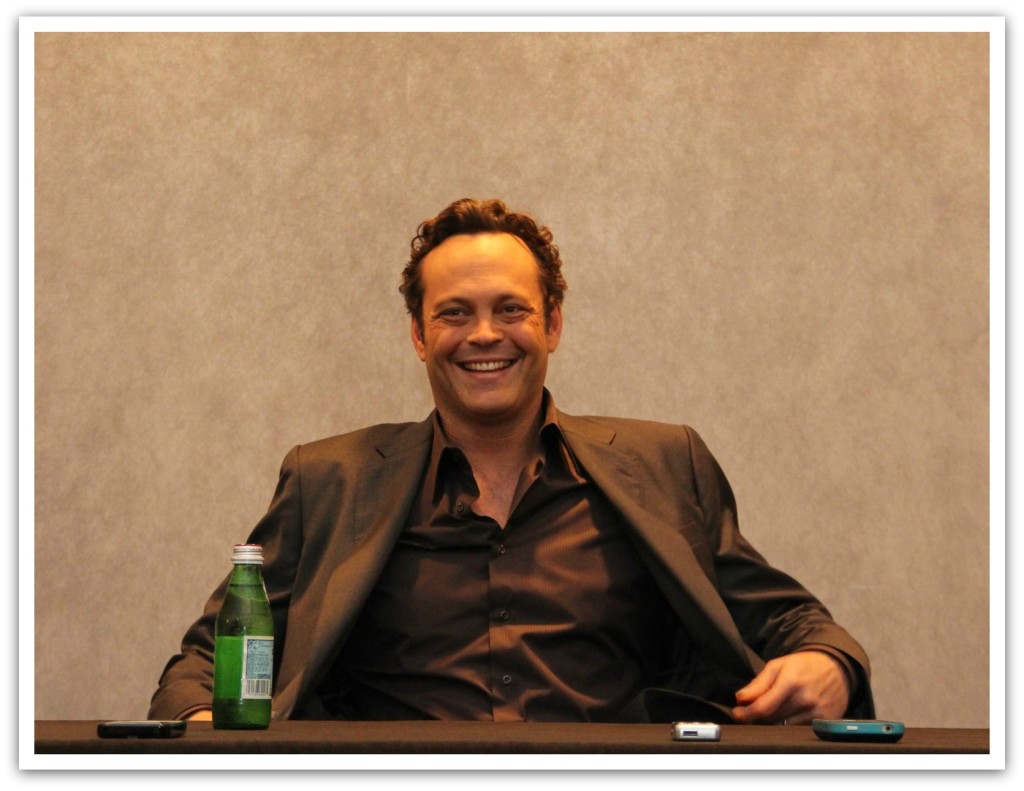 Vince Vaughn: (Laughing) Love ‘em all the same. You know, I really did. I have to say, all those actors were just so wonderful and so excited.  There’s something in that enthusiasm and commitment to do a great job that I found inspiring.

Q: Is there a particular scene that meant something to you, or that you drew from, to help you in your own parenting?

Vince Vaughn: You know, who knows what these kids will be or wanna be, right? I was fortunate. My parents were good with me that way. I never had pressure to financially be successful. It was expected of me to try my best. I started being an actor at 18. All my friends and me just wanted to be better actors. We were trying to get better at something versus saying, this is just a way to make money. It’s a very empty thing in life if you’re chasing something outside of yourself, some validation that you don’t have control over.

Q: So, filming this and having 534 kids, does that affect how many kids you want?

Vince Vaughn: I’m open to more kids.  My wife has informed me that while someone is breastfeeding that's not a conversation to bring up. These kids will be killing me pretty quick here, because I’m older than my dad was when he started, but I’m really thankful for the two kids that I have, and if another comes along, I would be thrilled.

Q: Did you have a point where you got up in emotion of a scene and forgot that you were acting?

Vince Vaughn: I do. I really like to get to where I’m really trying to be honest and allowing myself to feel what I feel in the scene. And sometimes I’m surprised by it.

I think those who have seen Vince Vaughn in other roles will be surprised, too. Pleasantly surprised. Vince posed for photos before heading out. 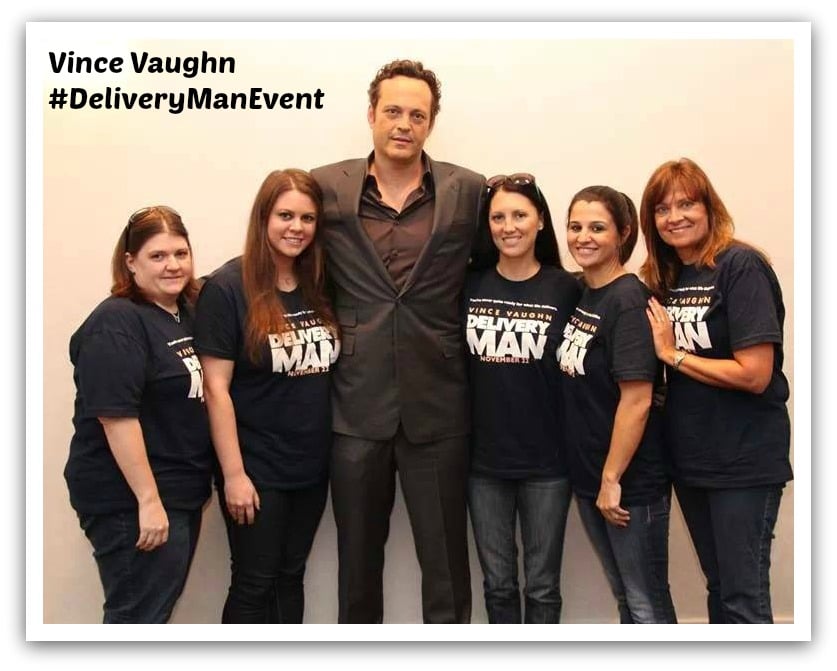 Delivery Man comes out November 22! Join us for a Twitter Party tomorrow at 8 pm EST! RSVP & follow the hashtag #DeliveryManEvent

Keep up with Delivery Man on all their social channels!

Previous Post: « Pasta Fagioli from ABC's "The CHEW: What's for Dinner?"
Next Post: The Art of Disney's Planes »