The Zookeeper's Wife is a new film that tells the story of Antonina and her husband Jan Żabiński. The Żabińskis owned the private zoo in Warsaw, Poland, in the 1930s. The Żabińskis helped smuggle 300 Jews out of the deadly Warsaw ghetto and hid them in their villa at the zoo. The film is based on the biography of the same title written by Diane Ackerman. 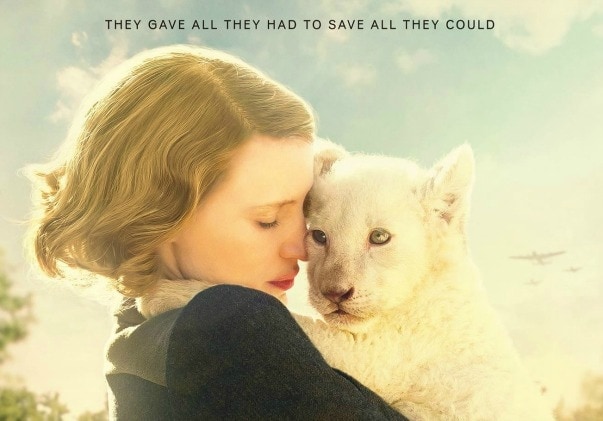 The Cast and Crew of The Zookeeper's Wife

The movie stars two-time Academy Award-nominated actress Jessica Chastain as the title character, Antonina Żabińska. While Ms. Chastain is the biggest star of the picture, she is supported by a talented cast of European and Israeli actors.

Antonina's husband, Jan Żabiński is played by Belgian actor Johan Heldenbergh. He shows both strength and sensitivity, two characteristics of the real Jan Żabiński. His character evolves over the five years shown in the movie from "a liberal-minded intellectual into a soldier." 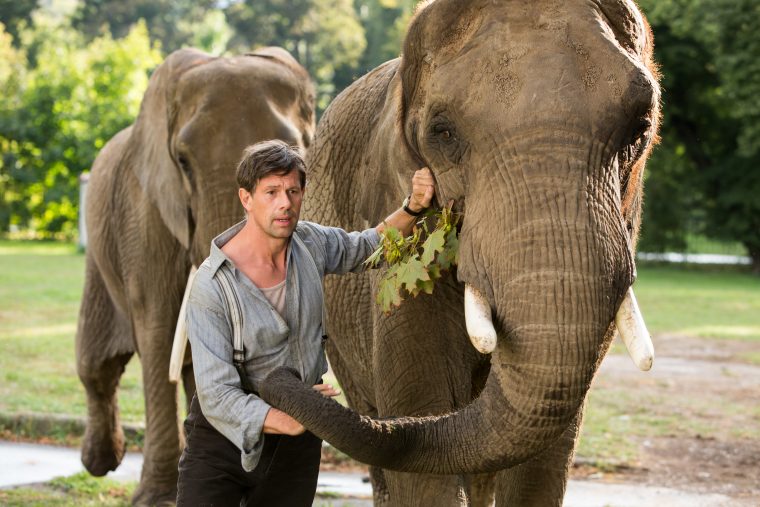 The main antagonist, Lutz Heck, Hitler's zookeeper (yes, that was a thing!), is played by Daniel Brühl. You may have seen Brühl in Captain America: Civil War, Woman in Gold, or the racing movie, Rush. Brühl portrays Heck with charm and intelligence in a part that could easily be shallow or over the top, but he was brilliant. 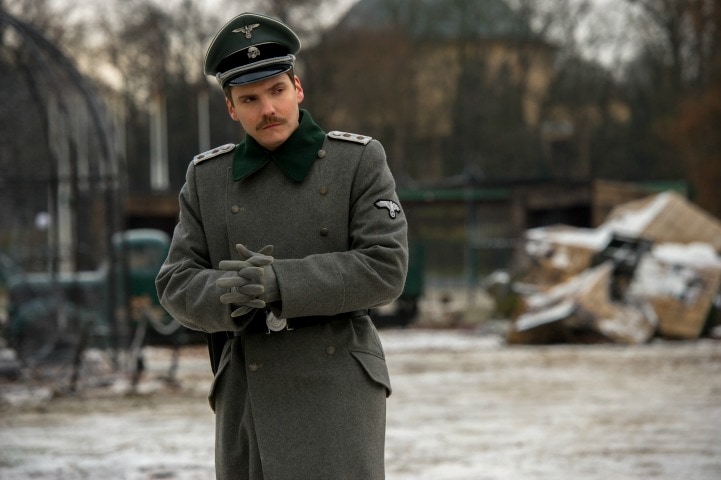 Israeli actress Shira Haas is Urszula, a young Jewish woman rescued from the Ghetto. Haas saw her character as "a frightened animal." This portrayal is juxtaposed against the animal characters in the movie. Much like the caged animals in danger throughout the beginning of the film, Urszula is reduced to pure survival instinct.

I was particularly impressed by Val Maloku, the young actor who played Antonina and Jan's son, Ryszard. For a child actor, he balanced showing the bravery and fear of a little boy living under Nazi occupation. 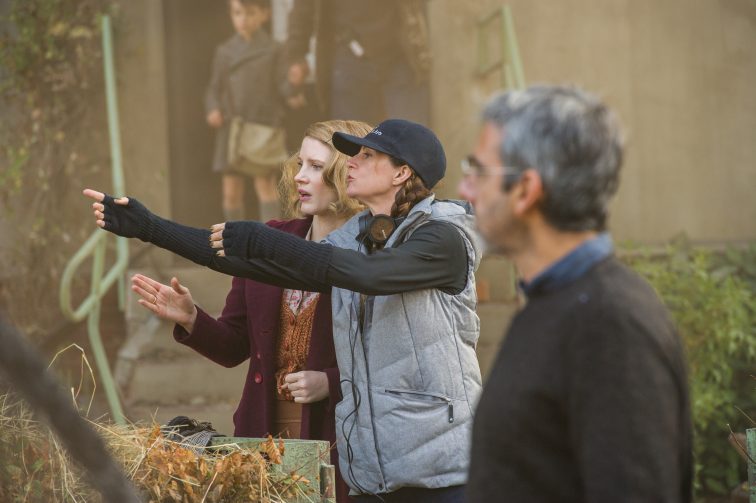 As one of the few female directors working in Hollywood, the combination of Niki Caro, screenwriter Angela Workman, and star Jessica Chastain earn The Zookeeper's Wife IMDB's "Triple F Rating." That rating supports films that are directed, written by, and featuring "significant women on screen in their own right."

The Music of The Zookeeper's Wife

The original score for The Zookeeper's Wife is composed by Harry Gregson-Williams. Since Żabińska was a classically trained pianist, the character playing piano is a point in the plot. When the danger looms, Antonina plays Offfenbach's "Pars pour la Crete", also know as "Go, go to Crete", as a signal to hide.

Chastain learned to play piano for the role, taking lessons for months in advance, and continuing through filming. She needed to master a minute or so of multiple classical pieces for the shoot. Is that crazy? You would think they would bring in a character double, but Chastain is just that good.

The Animals in The Zookeeper's Wife

Part of what makes the movie so powerful is the animal characters. At the start, the animals are shown to be well cared for and carefree. A baby camel runs behind Antonina as she makes her rounds. A mama elephant delivers a baby elephant in distress and seems to implore Antonina for help.

Jessica Chastain is a known animal lover, and her connection with the animals onscreen is strong. Whether she's cuddling a lion cub or caring for the badger that's a house pet, her love for animals shows. 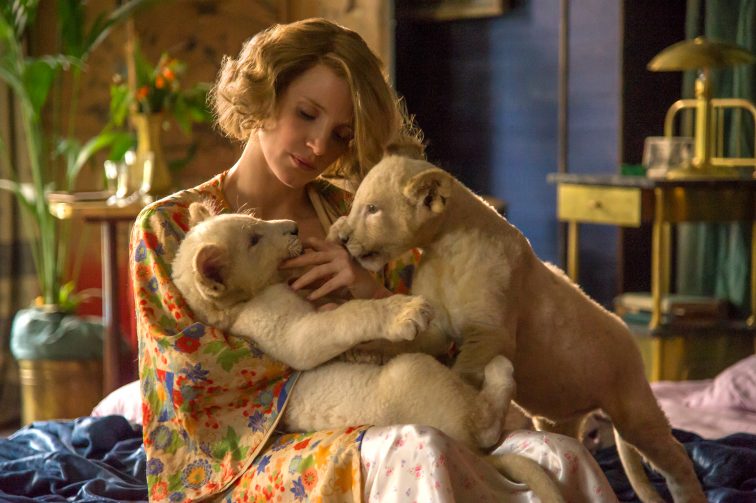 The film's production designer Suzie Davies reports that no expense was spared when it came to the care and safety of animals. The focus was on keeping the project as realistic as possible to show how special the Warsaw Zoo was before the war, while keeping safety of the animals as a priority.

Reasons to See The Zookeeper's Wife

While this is a movie set during one of the darkest eras in history, The Zookeeper's Wife combines a top cast, a beautiful score, and an animal cast that will both bring you to tears and affirm the best nature of both humans and animals. Watch the trailer:

Many thanks to contributor Anne Parris from Not A Supermom and Midlife Boulevard who attended a screening of The Zookeeper’s Wife and interviewed the director and cast.