Last week while I was in LA for the premiere of Thor: The Dark World, I had the opportunity to meet with Jaimie Alexander, who played Sif in the movie. First of all, the woman is gorgeous on screen. In real life? She's breathtakingly gorgeous. She's also as sweet as she could be. From the moment she entered the room, covering up THE DRESS with a coat she immediately pointed out was fake fur, she was kind and patient and wanted to be sure she got to all our questions. Oh, and she told us we looked amazing. We liked her right away.

The Dress? You have seen the dress, right? It was all over the news. US Weekly wrote how her customized spray tan evened out her skin tone. Huff Post wrote about her choice of no underwear. USA Today called it daring, and Yahoo called it shocking. Whatever your thoughts about it, the girl is in serious physical shape. 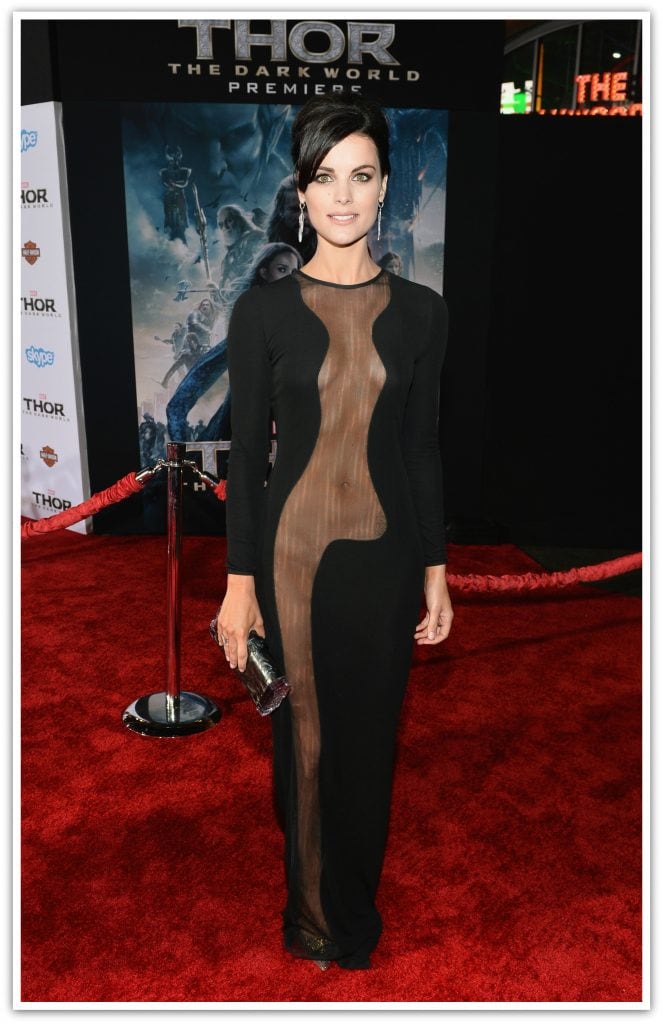 But under the dress...wait, let me reword that...under the surface...Jaimie Alexander could have been the girl next door. Truly! She was so nice, so humble. She shared that she loved that Marvel writes female characters so well, and that the role of Sif has been a dream-come-true for her. I'm thinking just about every woman in the world would agree with that. Working with Chris Hemsworth must have been kind of nice. We asked her if we would see any romance between her and Thor. She explained that they wanted to be true to the comic books, and to the fans, so there are a couple of scenes where looks are exchanged. "Unfortunately he's not shirtless in front of me" she says, "but that's fine, it's all right." If you have not seen the movie, there is a scene where Thor is shirtless, and well, where was I? 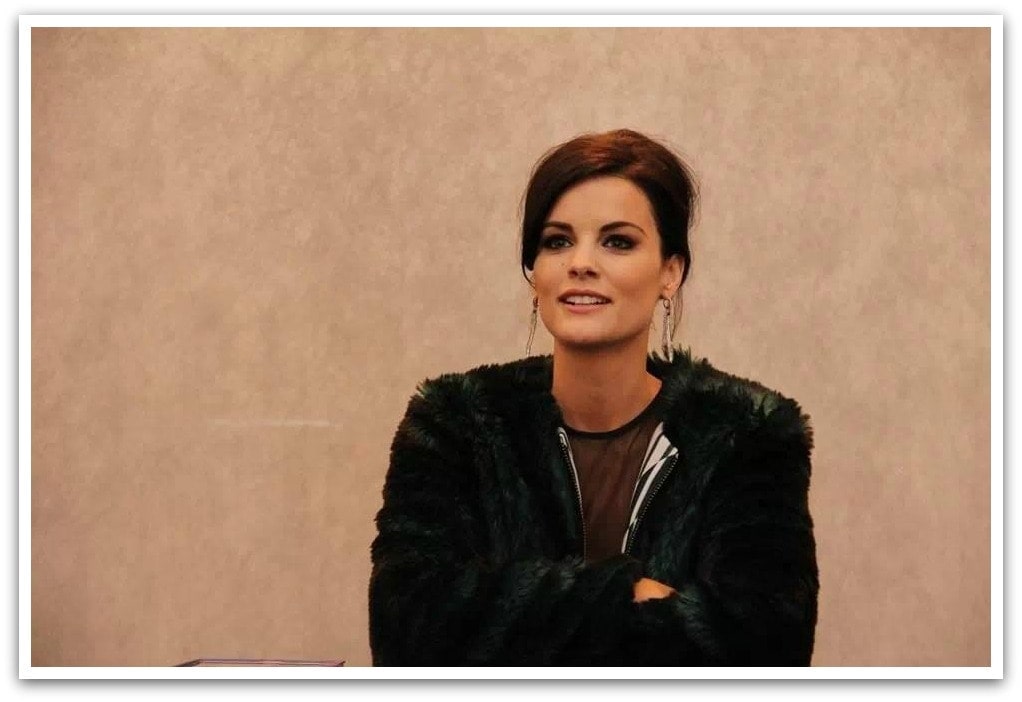 We had to ask what she did to train for the role of Sif. "I trained for about two months, weight lifting, yoga, Pilates, on the Reformer, which was something new for me.  You give me a machine like that, it's like you're asking for me to just hurt myself. I did a lot of fight training with a wonderful stunt girl named Chloe Bruce.  She is a world champion martial artist, and she's a little scary. I mean, when you first meet her, she's great.  And then you're like, 'Oh. Whoa. You can bend your leg that way?" What ever strategy was used, Jaimie Alexander is in shape like nobody's business. In fact, she told us she does a lot of her own stunt work. The back flip off the horse? That was her, and she said she likes it. "I'm like, that right amount of crazy. But there are certain things that I'm not allowed to do. But, as for the jumps, the fighting, the weapons, I do most of my own. " I can see where it would be very empowering to do work like that. 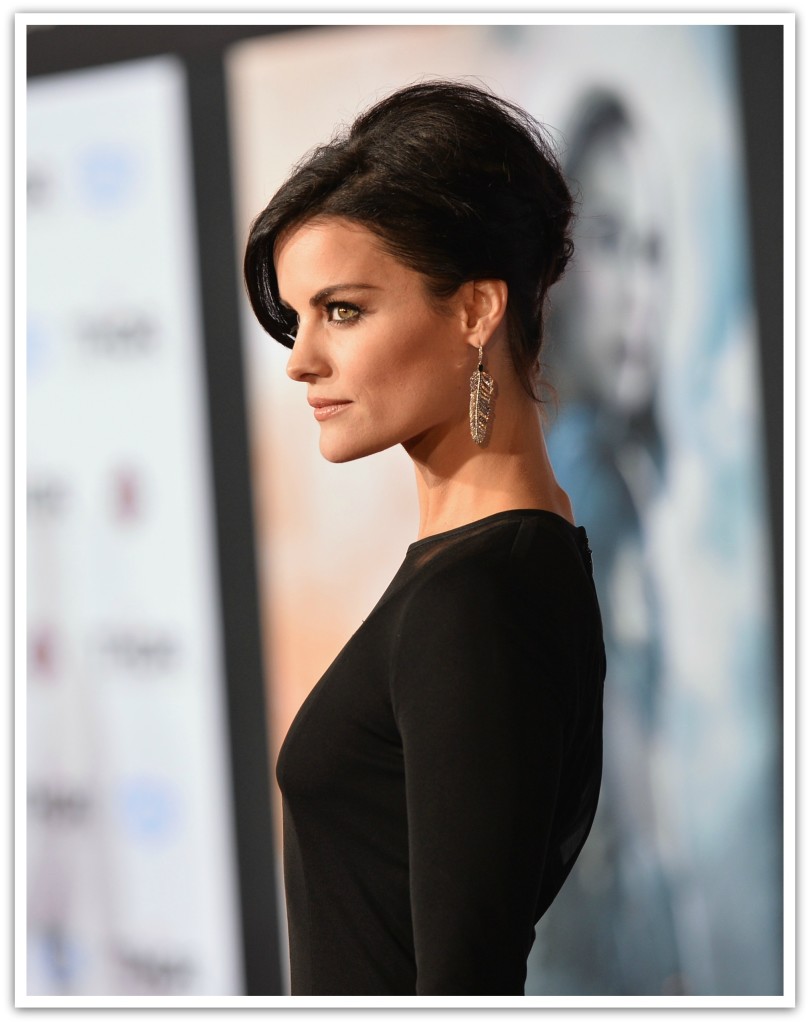 Speaking of empowerment, one of the bloggers on our team said she has a 10 year-old daughter who loves Sif. Does she get a lot of feedback from younger girl fans that are following her? "You know, it's great, because I actually speak at schools, and I speak out about positive body image. I know, you guys look at me and, you're like, 'You're tall.  You're thin.' I have less than an A cup, okay? So there are things about me that aren't Hollywood standard. And I actually really like it. I have tattoos. I grew up with four brothers.  I was a high school wrestler. So, for me, I like to embrace that side of my personality and let my uniqueness show, and I try to say to young women,"Don't be afraid of yourself. Work what your momma gave you, and appreciate it, because everybody is different, and nobody is duplicates, so no one can actually be you. You have that above everyone else." Didn't I tell you she was awesome? 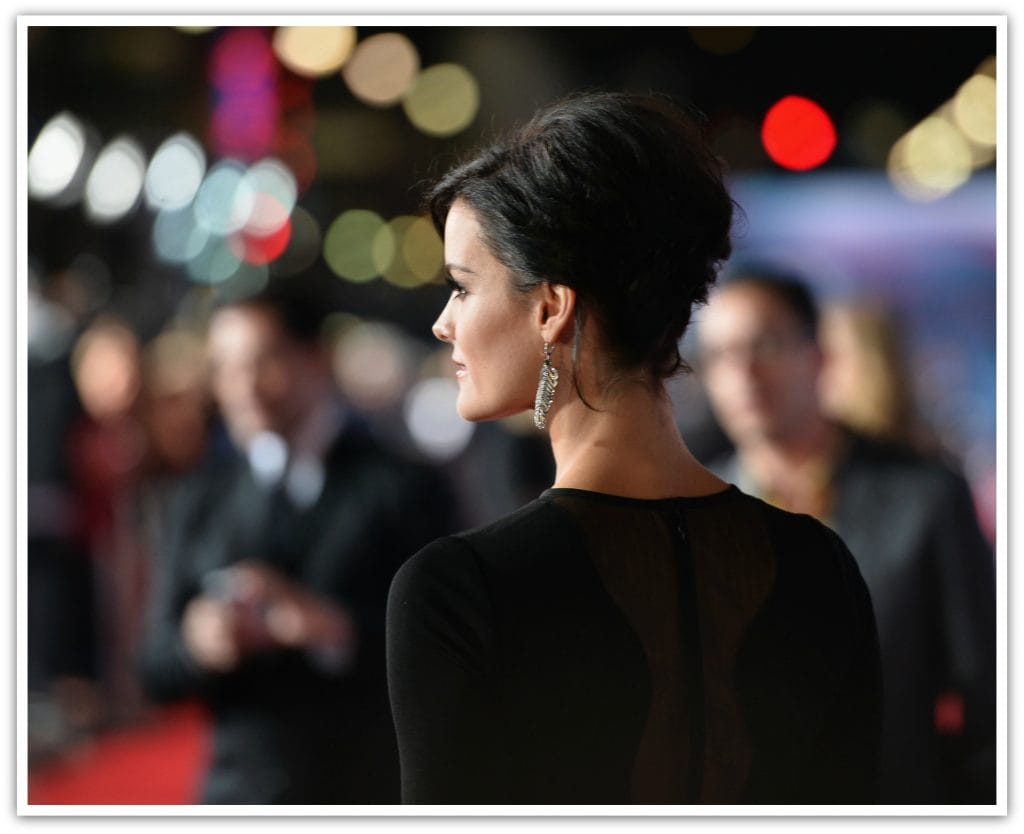 We couldn't let her go until we had asked about the future of Sif. Would she pop up in Avengers 2? "You know what? I would absolutely love that. But they haven't told me yes or no, so I have no idea. And I think that they did that on purpose, so I wouldn’t spill the beans. But, fingers crossed, that would be a very fun thing to do." I'm betting she gets that call. I mean, the girl has her own action figure! She was kind enough to pose with us for this group photo. 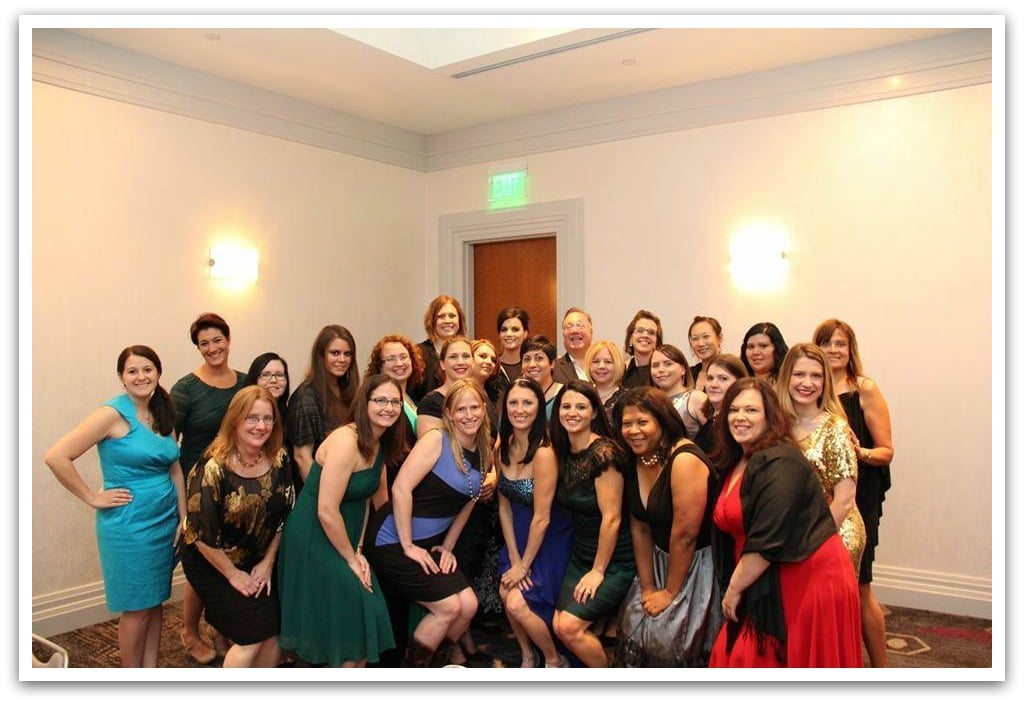 What's your favorite scene of Sif's in Thor: The Dark World? Share in the comments below! And if you didn't see my post interviewing Tom Hiddleston a couple of days ago, you can enter to win a $10 Fandango gift card by sharing your favorite Loki moment!

THOR: THE DARK WORLD is in theaters NOW!