One of our favorite activities at the Disney parks is meeting the characters. As you may know if you have been here before, I have teenagers.

Meeting the characters when children are young is thrilling. After all, they are meeting the one and only Cinderella or Gaston from Beauty & the Beast.

You may think once kids are older, it is no longer fun to meet the characters. As my kids are both artists, and my older daughter wants to work for Disney one day as an animator, they are very into Disney.

Though most people are just looking for photo opps we have found the characters are so "in character" that you can actually discuss anything about their movie with them. They will answer questions, conversing with you as if they are the one and only. 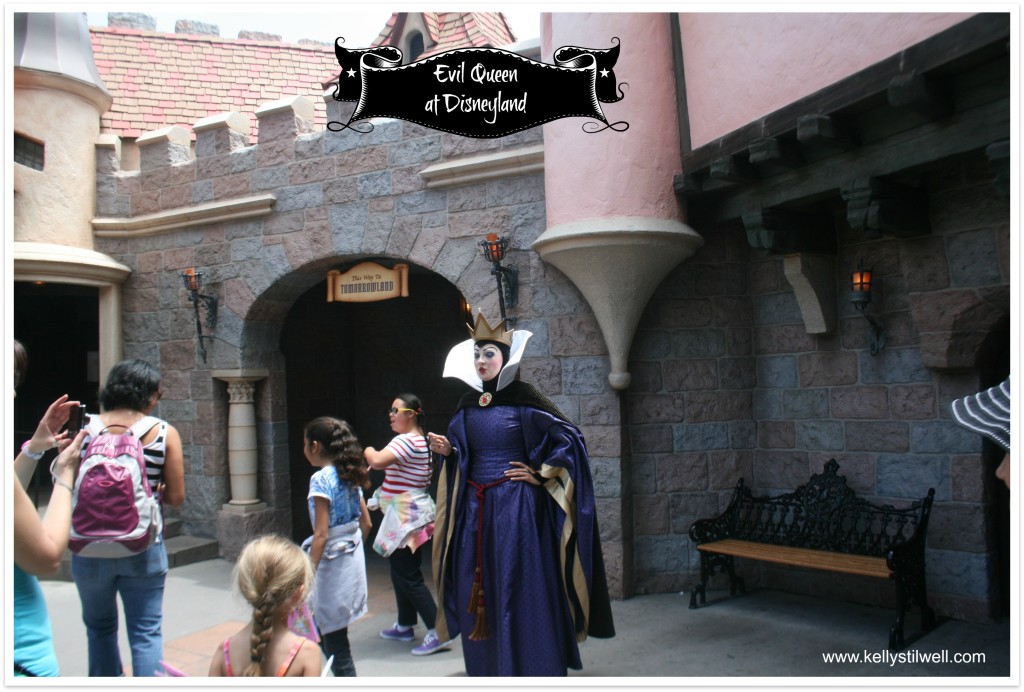 When we first got in line, the Evil Queen approached us and said not to allow anyone else to line up behind us. She had "no desire to see anyone else today." She asked if that was clear. I told her, "Yes, of course." It was not fun telling people not to line up. They were not always happy about it.

The Evil Queen was the first to sign my older daughter's new autograph book. They had autograph books when they were much younger but they were full, so we decided to get new ones in Disneyland. 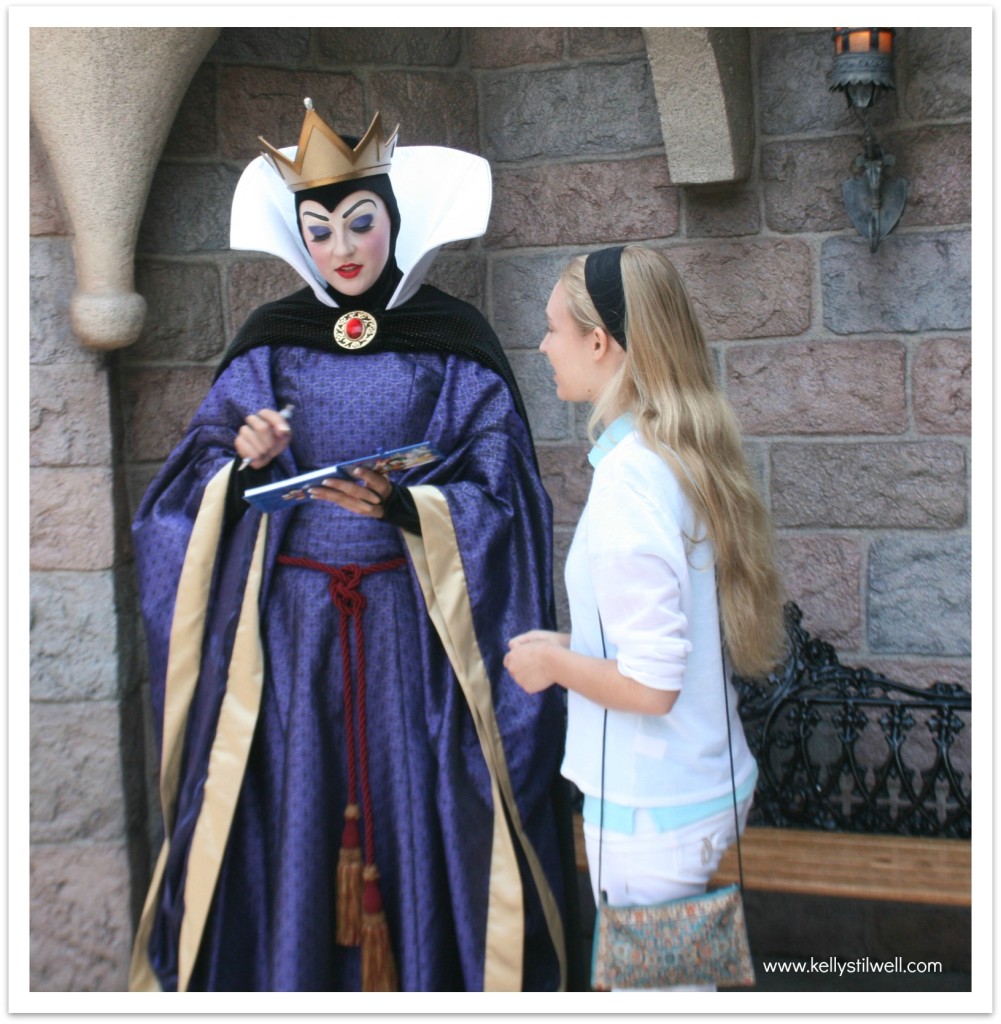 The Evil Queen asked my younger daughter why her featured pin wasn't on her pin lanyard. My daughter said she was planning on buying the pin that day. The Evil Queen said "Yes. Buy my pin, ride my ride, and then leave. There is nothing else to do." 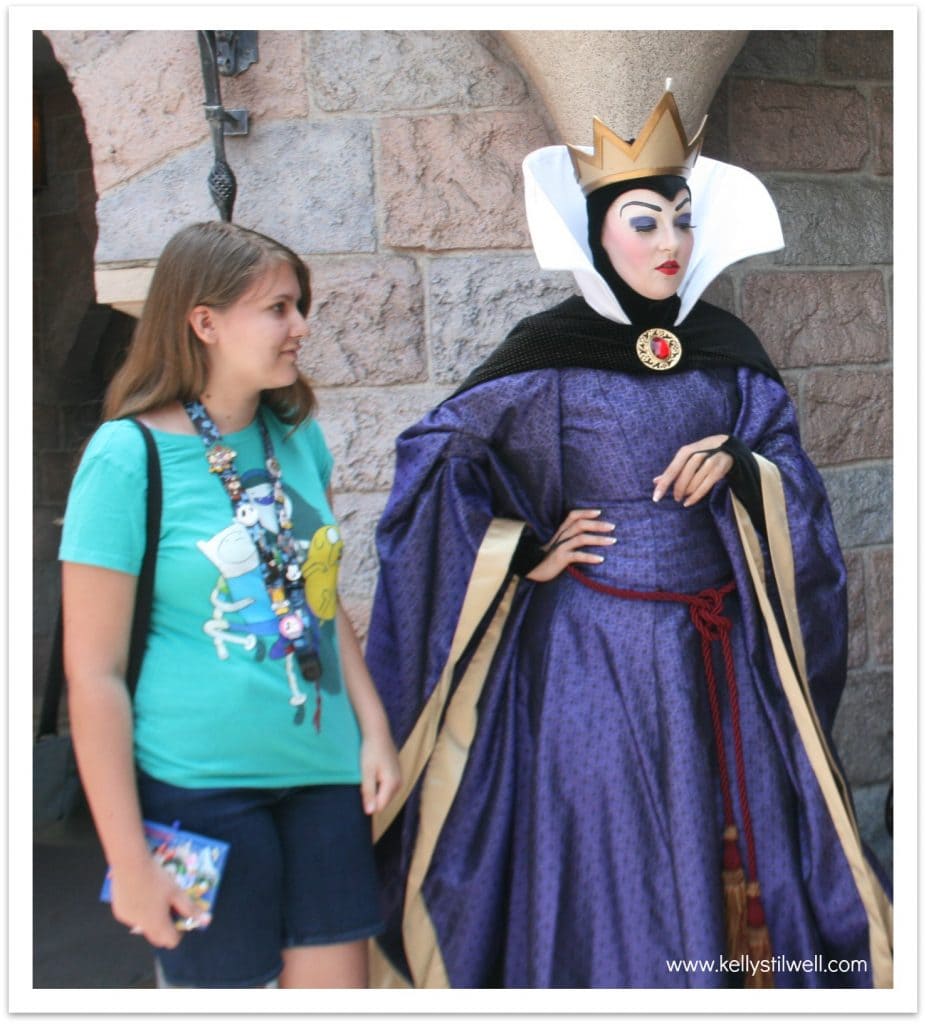 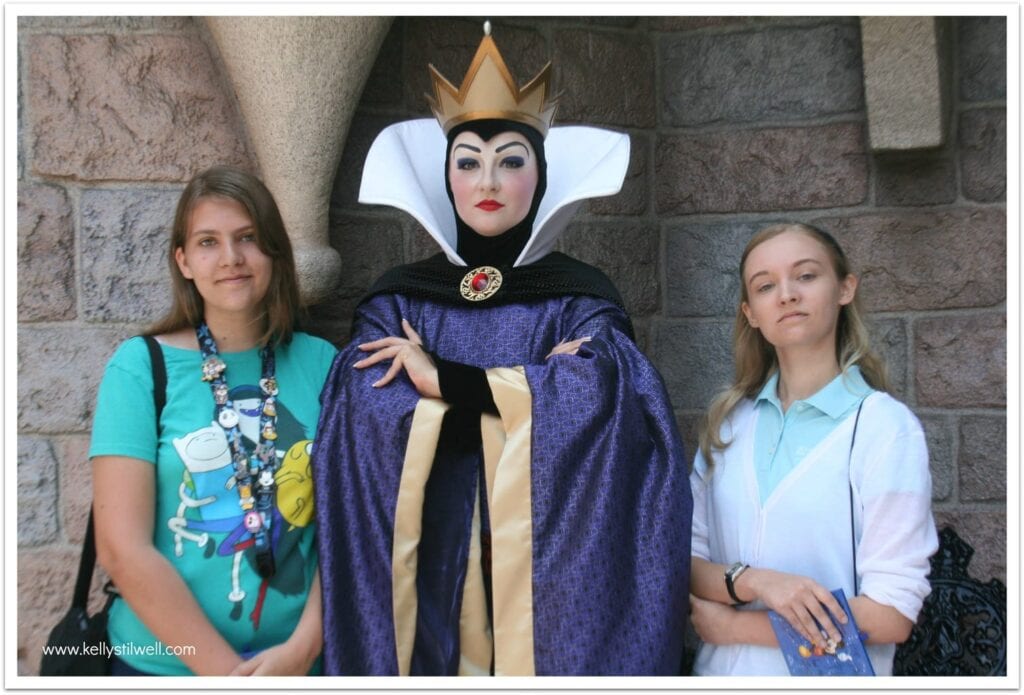 We managed to get everyone who tried to line up behind us to come back later. The Evil Queen kept her eye on us. When it was my turn to speak with her, she told me we did a good job. I told her we did not want to disappoint her. She said, "Of course you didn't." I was actually nervous in her presence! 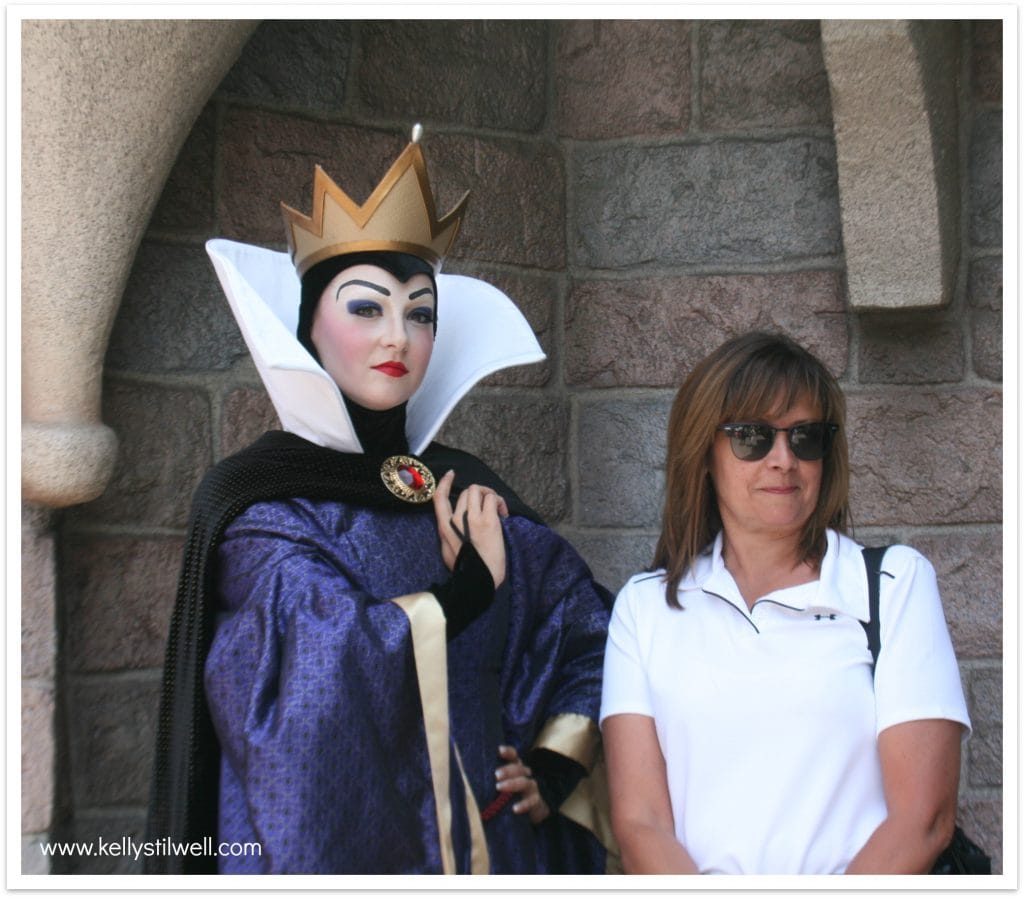 I spent the rest of the day searching for an Evil Queen pin. Though I have never seen this at Disney World, there are pin traders outside of one of the pin stores. This is not part of Disney, it's just a group of people who are collectors and will trade with you.

I searched for an Evil Queen pin, and finally found one I liked. As I didn't have a pin I wanted to give up, I asked what pin they would like so I could go buy it to trade. The woman looked at me and said, "You really want this pin, don't you?"

I shared our experience with the Evil Queen. The woman then handed me the pin and said it was good Karma. Maybe she is afraid of the Evil Queen, too. Regardless, she made my day. That pin is a keeper.

Later that day my girls went to see the Mad Hatter. My older daughter, in the white and light blue, was Disneybound as Alice. To Disneybound is a term used when you dress similar to the character.

The Mad Hatter opened one of the autograph books and saw the Evil Queen's signature and gasped. He said "You saw the Evil Queen?! You know, she really needs to take anger management lessons from the Queen of Hearts." So funny!

Find the Evil Queen if you can. Tell her we sent you. Please tell her nicely. 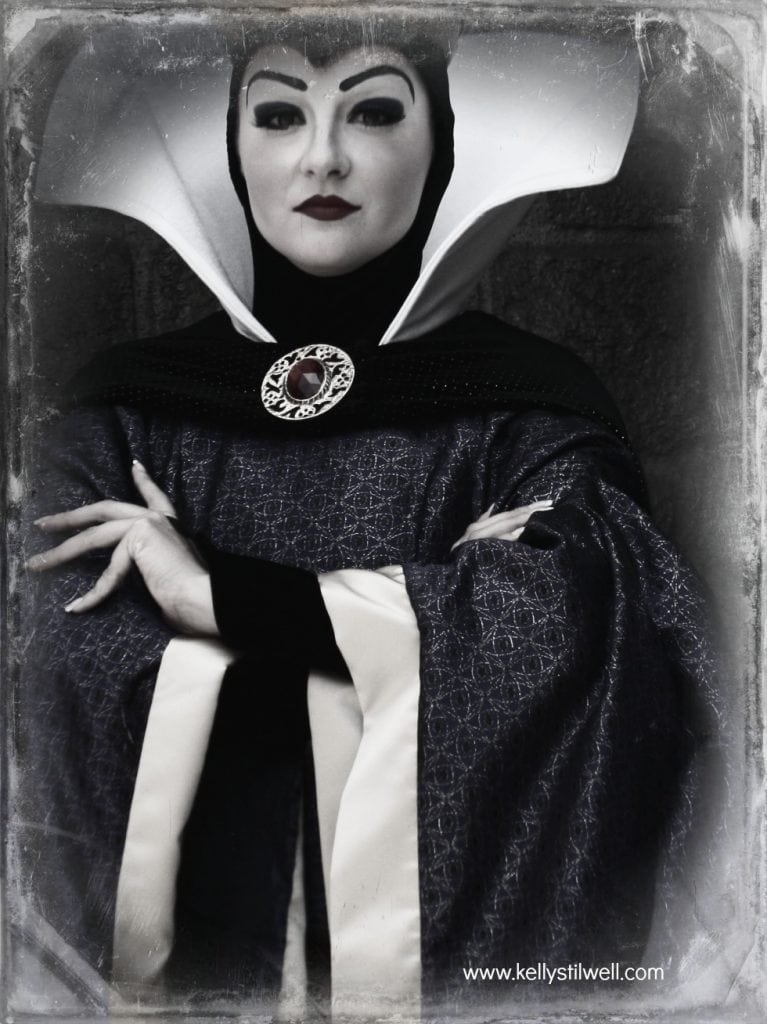