***Disclosure: I was provided with a trip to attend the Delivery Man event in exchange for sharing it with you. My expenses were paid by Disney. Regardless, all opinions are my own. ***

Have you seen Delivery Man yet? I've seen it twice and I'm going later this week with my family. I can't wait for them to see this movie. It is so funny, but also really sweet. Vince Vaughn does an amazing job, but there are great performances from other actors in the film, too, and I was excited to sit down with Chris Pratt and Cobie Smulders while I was in LA a couple of weeks ago.

Honestly, I was a little nervous as this was my first press trip with Disney. I really didn't know what to expect from the stars. Chris Pratt and Cobie Smulders were both so down to earth, it was more like we were just hanging out talking about the movie than interviewing two Hollywood stars. In fact, Cobie arrived first and the first question came from her. She asked how we were doing. See what I mean? We all instantly liked her!

We started the interview by asking how she became involved with Delivery Man. 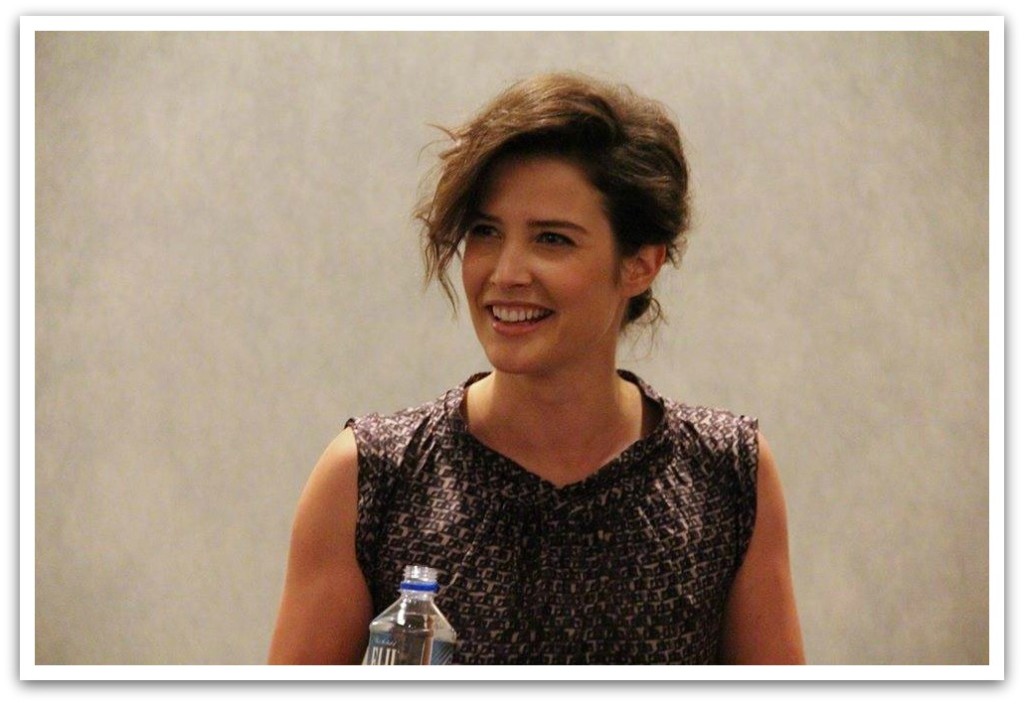 Cobie Smulders: It’s based on the original French Canadian film by the name of Starbuck, and I saw that a couple of months before I even read the script. I was really moved by the story; loved the characters; loved that it was Canadian because I'm Canadian, as well. I heard it was being redone. I was also excited that Kevin Scott, who wrote and directed the original, was gonna do our version. He had such great storytelling ability that I just knew it was gonna be a good movie. I heard Vince was attached, so just went in and auditioned and convinced them to give me the role.

Cobie talked about how much she enjoyed filming in Brooklyn. It's more costly to film there versus less populated areas, but Cobie explained, "The city of New York is such a strong character and adds so much, visually, and it also made it so much fun to shoot." 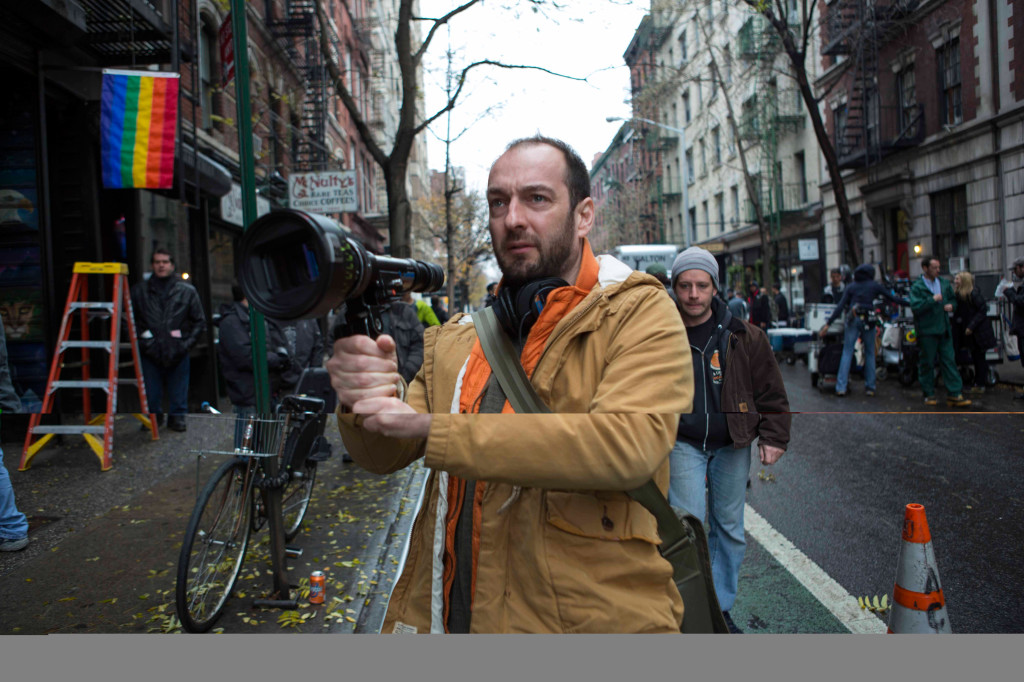 We were curious about how being a parent affected their roles. Vince Vaughn talked about this when we interviewed him, too. It was fun that they were all three new parents.

Cobie Smulders: This movie is really all about parenting, so I automatically connected with that. I think one of the things that I know I crave, and I think pregnant women crave, is stability. You know, you’re in this situation where, especially if it’s your first child, a lot of things are unknown. The character of Emma has a very unreliable partner, so she’s just trying to figure all that out.

Chris joined us around this time and talked about how his son was about two months old while he was doing the movie.

Chris Pratt: I wasn’t necessarily able to relate to my character’s journey as a father in this movie ‘cause he’s so overwhelmed with the idea of being a father.  I was still finding every little tiny thing endlessly fascinating about my own son. But I did miss him a lot and there were moments in the performance where I needed to think about something that bummed me out.  The fact that I was away from him was something that I could go to.

Chris had his hands full with his kids in the movie!

Chris Pratt gained a bunch of weight for Delivery Man, and we had to ask how that went for him.

Chris Pratt: I had just come off from a movie, Zero Dark Thirty, and I got in good shape for that. I just crash dieted, worked out, and starved myself until I was skinny. By the time I was done with that movie my body was really ready to gain weight, rapidly. My wife was in the last third of her pregnancy, so a good 20 pounds of that was probably just sympathy weight, and we indulged in things that we don’t normally eat. I had a meeting with the director and I saw the original movie. The actor who played my role in the original, a really brilliant actor, and part of the charm was he was a bit of a bigger guy and I thought, it’s a role where I can gain a lot of weight. I’ve done it before once and I wanted to do it again and see if I could really push it this time, so I did it. It took about seven or eight months to lose it.

Chris has definitely lost it, as you can see in this premiere pic with his beautiful wife, also an actor, Anna Faris.

By the way, I saw an interview with the director of Chris Pratt's new movie, Guardians of the Galaxy, and the director said Chris is going to be the biggest star in the world in two years. No pressure, right?! I wish I could have chatted with Chris about that, but it was after the fact. I hear Chris looks pretty amazing in the film.

Cobie Smulders: He’s everything that you would expect him to be; super funny, super quick. I was very intimidated because he’s known for his amazing improv, and I was very rusty. So when I came to this film and met him, he was so supportive and also very considerate and very charming. He really goes out of his way to put everyone at ease on set and set the tone for everybody, so it was pretty great.

Chris Pratt: I feel the same thing. He’s beloved by his fans because he just seems real, like a regular guy. He’s no nonsense when it comes down to doing work. He makes sure everyone around him does good work, and that’s important as the captain of the ship. But at the same time, he's charming, caring and he’s polite to everyone from the people who are his weight staff, restaurants, fans and strangers on the street who approach him. 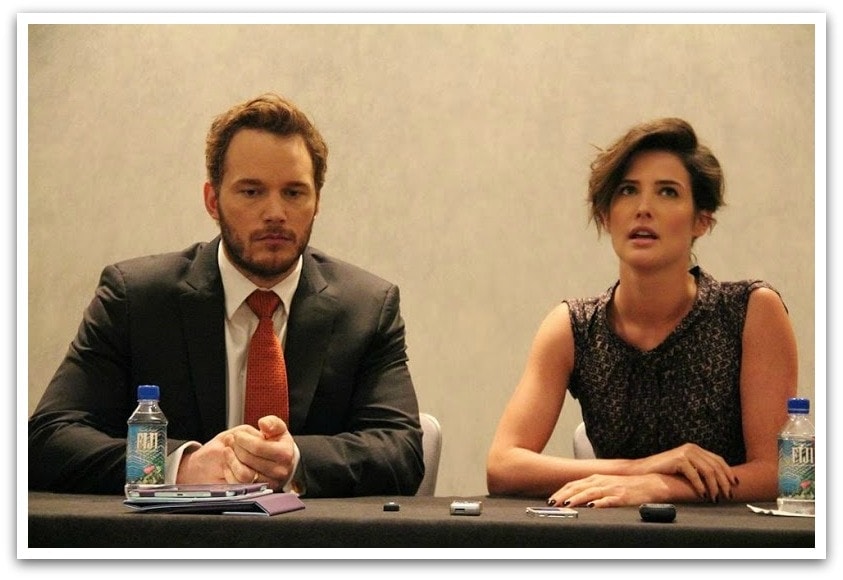 We asked about favorite scenes in the movie, and Cobie shared that her's was the dialogue with Vince Vaugh's character, David, where he proposed. I have to agree that it was one of my favorites, too. It was just real, and you fall a little more in love with David Wozniak, the regular guy who gets himself into such a huge mess, and is just trying to right it all. On that note, what was their favorite part of the story?

Cobie Smulders: I was really moved the way Vince’s character chose to connect with his children.

Chris Pratt: It went to real places. About halfway through, when he starts his journey on finding out (about the kids) and some of them are like, a professional NBA player, or an actor who needs a role and he helps him get the role, but all of a sudden you’ve got a kid who has needed assistance his entire life, and you’re moved. And there’s a girl who has chemical dependency issues and you’re dealing with these realities that make it a real examination of humanity, versus you see how you could play out the outlandish part of this.

Well said, Chris. It's crazy, but it's a beautiful kind of crazy. If you haven't seen Delivery Man, please go. I just know you'll be glad you did.

Both Chris and Cobie have upcoming roles with Marvel, too, so we have more to look forward to from each of them. I can't wait.

Chris & Cobie were kind enough to take a minute for a group photo. 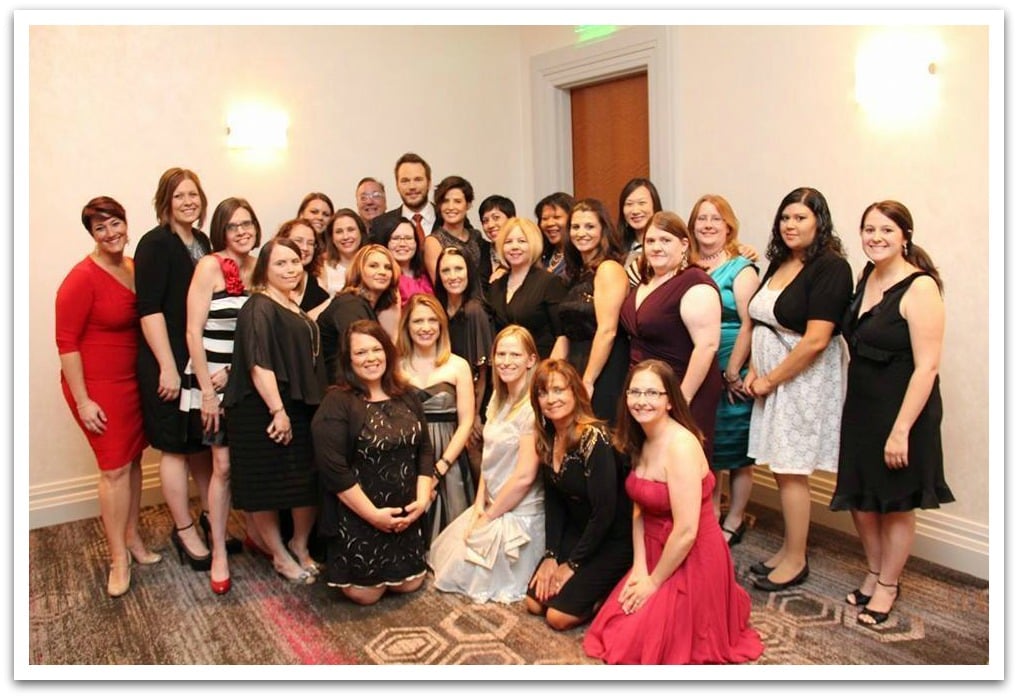 DELIVERY MAN is in theaters now!

Previous Post: « Your Little Ones will Love The First Christmas Night
Next Post: The Ringling in Sarasota; See the Ca' d'Zan Dressed Up for Christmas »