Disney » I Am Baymax from Big Hero 6 {if Only for a Day!} #BigHero6Event

Have you seen Big Hero 6 yet? I love this movie so much, especially after being able to go behind-the-scenes when I was in LA last week. I was able to interview the voice actors, the directors, and an animator. It was so much fun to learn about all that goes into making a Disney movie!

I had seen so many of my blogger friends do voice overs for movies, but I had never been able to experience it until this trip. It was fun, but I was so nervous! Can I get a do-over? 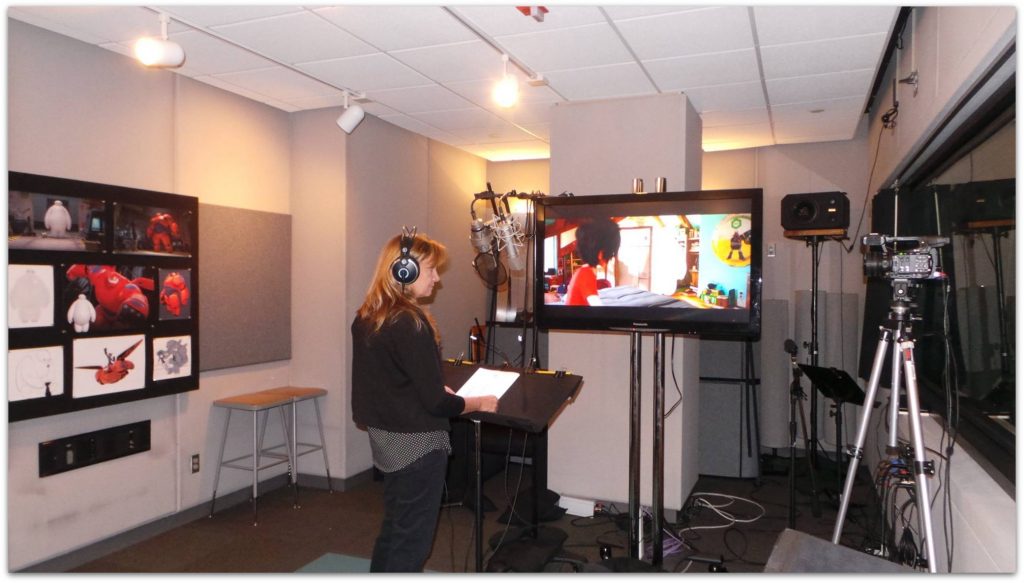 Let me walk you through how the whole thing works. We went into the recording room where we could see through the glass where the recording is done. We would each take turns voicing lines from Big Hero 6. We didn't know ahead of time which lines we would be voicing. I was the second to last person to go, and watching everyone else, it seemed so easy. It was only four lines! Still, when I got in the recording booth, I got nervous!

We were told we would hear 4 beeps, and then we would speak the line. We were also told our voice would be turned into a robot voice. Our lines were in front of us, as was that part of the movie, so we could follow along. You would have thought I was auditioning the part, I was so nervous!

So here you go. Me, voicing Baymax in the recording booth. I felt like I messed up right away. Speak in your own voice, and it will come out sounding like a robot. Did I completely forget that? It was a riot. But wait for it...stay until the end and see what I did!

Oh my word. Seriously. I need a do-over!

Here's the finished product. I don't think my phone will be ringing off the hook for auditions!

If ever get the chance to do this again, these are the lessons I learned: 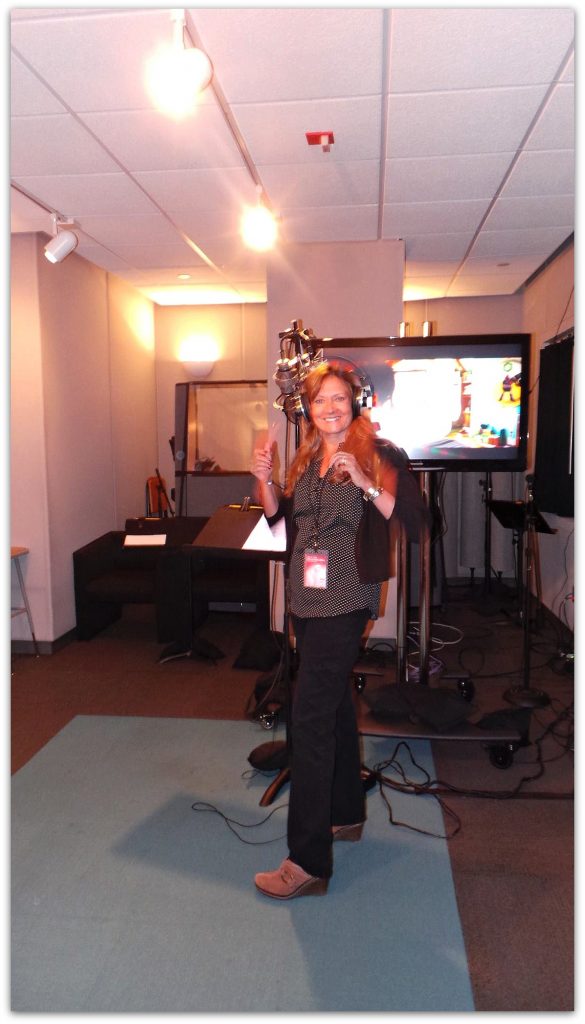 If you haven't seen Big Hero 6, go! It is so awesome! I've seen it three times and will probably go for number four! Did you see my photos from the premiere? You also might want to make your kids this Big Hero 6 Bento Box!

Be sure to follow Big Hero 6 on all the social channels! And that giveaway for a Big Hero 6 prize pack is coming soon!

Be sure to follow Big Hero 6 on all the social channels!

Big Hero 6 is in theaters now!

I was invited on an all expense paid trip with Disney in exchange for sharing it with you. No other compensation was received, and I truly love this movie! #WomanUp #GirlPower #ScienceRocks!