If you are forever searching for a recipe each time you need appetizer recipes for a crowd, I am about to make your life easier! I like to bring a variety of appetizers when we go to a party, and Triscuit makes it so simple. If you haven't tried the new varieties, where have you been? They are so delicious! I bought the Brown Rice baked with Savory Red Bean for the appetizers I wanted to create. It was a great choice!

First, I topped each Triscuit with a piece of sharp cheddar cheese and about a tablespoon of refried beans. Next, I got creative. I topped some with a slice of black olive and avocado. Others got a slice of baby pepper. I also added a sprig of cilantro to both. Aren't they pretty? And they took a couple of minutes to throw together! 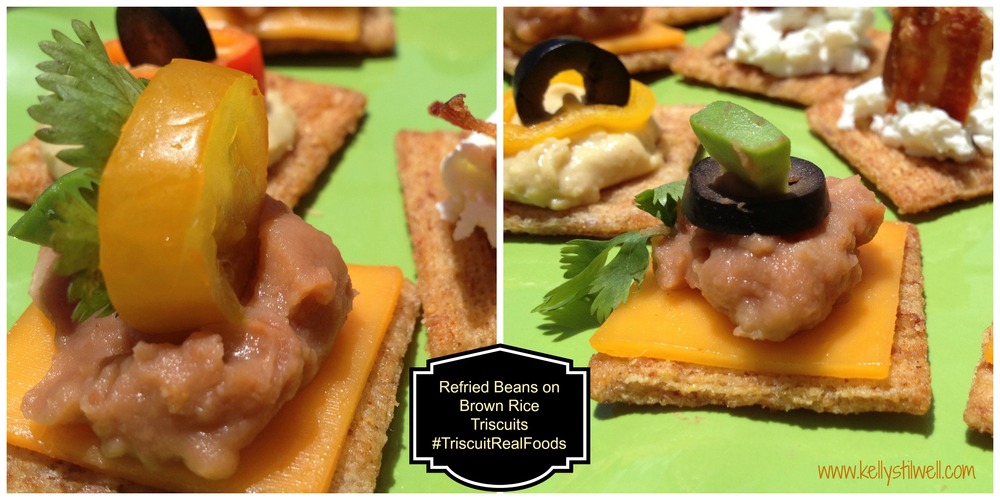 Next, I added about a tablespoon of hummus to the Triscuit. I thought the baby peppers would go well with this, too, and added a black olive placed sideways in the ring of pepper. Fancy, right? 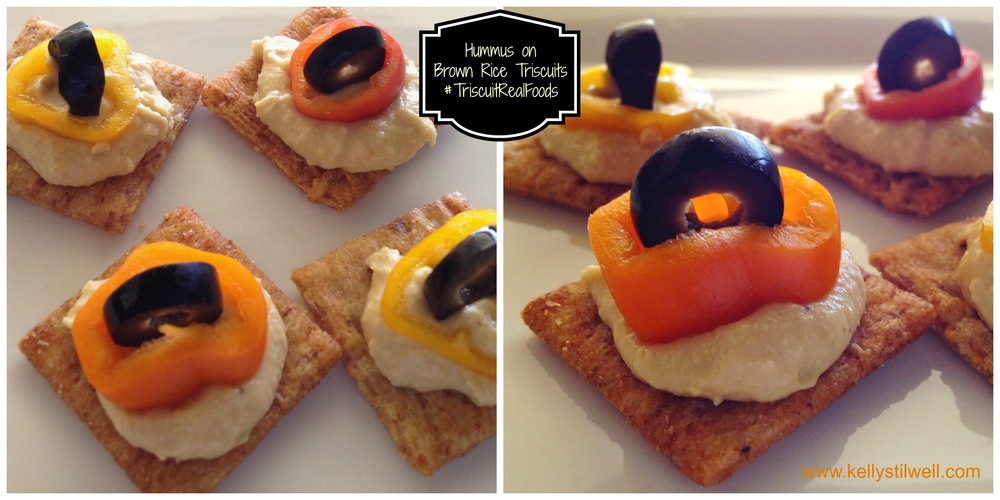 Finally, I wanted to do something a little sweet and savory. I had just taken goat cheese stuffed dates wrapped with bacon to a party and they were a huge hit, so I thought I would try that on a Triscuit. (Is there anything that does not taste better on a Triscuit?) This was a great idea! I simply placed about a tablespoon of goat cheese on the Triscuit, added about one third of a date, and place a piece of crisp bacon right in the goat cheese alongside the date. How's that for easy? 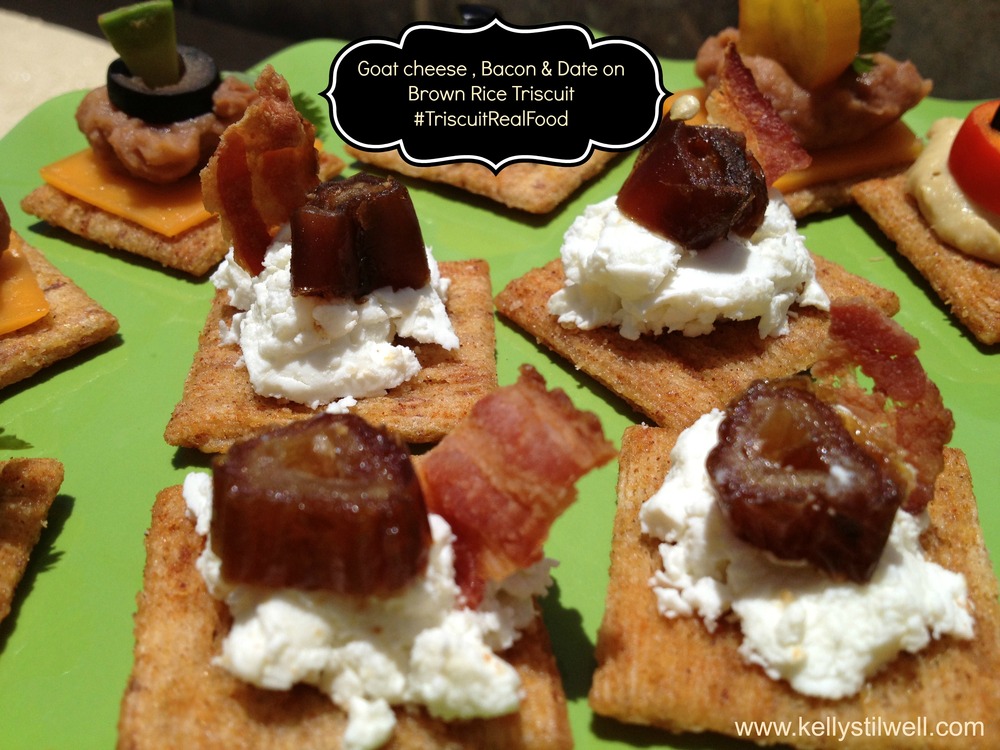 Did I mention how yummy these were? I think my favorite was the goat cheese, date and bacon, but they were all so good! I love that the Brown Rice Triscuit are made with 100% whole grain brown rice and wheat. That means I'm making a delicious and healthy appetizer! So, the next time you need appetizer recipes for a crowd, look no further than Triscuit!

A new take on an old favorite. Enjoy the new line of Triscuit baked with whole grain brown rice and wheat, some with real food ingredients like sweet potato or red beans.​

This is a sponsored conversation written by me on behalf of Triscuit. The opinions and text are all mine.