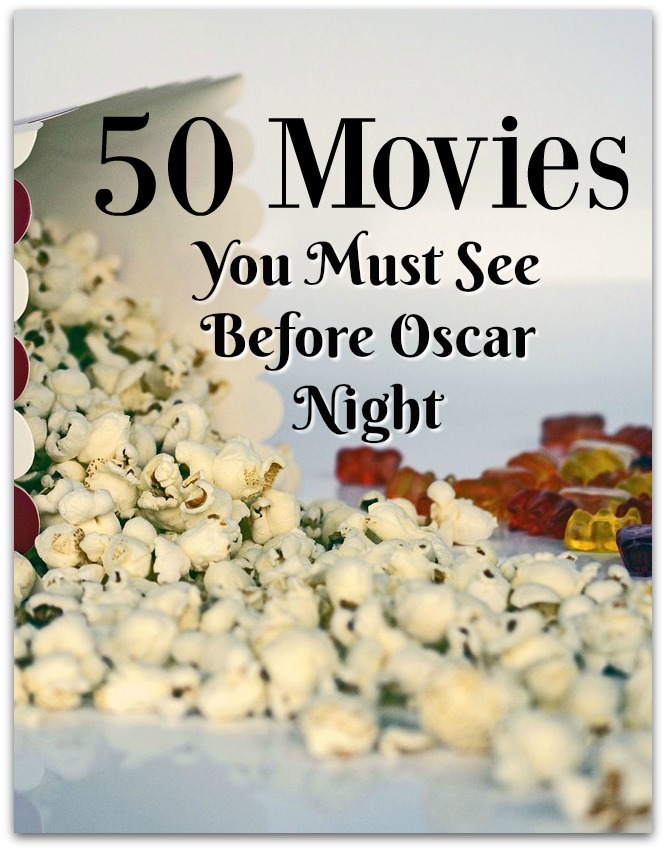 With all the movies I've shared with you this year, I just had to post this list of 50 movies you must see before Oscar Night. A dear friend of mind who is in the movie business makes an awards season list every year, and this year I asked him if I could share it with you. I'm so glad he said yes.

This list is based on critics awards and industry buzz, and I'm doing my best to work my way through the list. What have you seen? What are your favorites?

50 Films You Must See Before Oscar Night

So far, I have seen Zootopia, Moana, The Jungle Book, Kubo, Fantastic Beasts, Finding Dory, Captain America: Civil War, A Man Called Ove, and The BFG, and Florence Foster Jenkins. I'll let you know my favorites once I make my way through more of the list.

Next up for me, Rogue One: A Star Wars Story, Lion, Loving, and Hidden Figures as soon as it comes out. Many of these movies

can be purchased or rented through Amazon, and some are free with Amazon Prime (as noted.) If the film is still in the theaters, please, go see it there. You'll enjoy it so much more!

For those of you who will be watching the award shows, here's the schedule. I can't wait!

What have been your favorite films of 2016? Share in the comments!

Previous Post: « Celebrate Holidays Around the World at Epcot
Next Post: 7 Awesome Tropical Escapes that are a Short Flight Away »