Fun » 5 Reasons To See The BFG

Have you seen Disney's The BFG yet? I read the book, and so often, I am disappointed with the way a book is brought to the screen.

But this time, Disney has brought The BFG to life in a way that I think would make Roald Dahl, author of the book, proud. His daughter, Lucy, definitely agreed. I had so much fun interviewing her.

The BFG is the story of Sophie, played by Ruby Barnhill, who lives in an orphanage until that frightful night when she spots The BFG, beautifully voiced by Mark Rylance, out the window.

No one knows about The BFG, or the other giants for that matter. Giants who eat 'human beans.'  Giants who are not at all friendly.

Sophie has a lot to learn, living with a giant. Eating those terrible tasting 'snozzcumbers' is not something Sophie can do.

And drinking 'frobscottle', which is like a soda with bubbles that go down instead of up, brings hilariously funny results. Hint: When humans drink a soda, the bubbles eventually float up, often making us belch.

But if those bubbles were to float down...well, you get the picture! Your kids (and you!) will have serious giggles during these 'whizpopping' moments! At night, The BFG travels to town to blow dreams into humans as they sleep. Sophie wants to tag along, which is where the trouble begins.

Sophie's problem isn't The BFG, but the other giants, who can smell her a mile away, and are always hungry, especially for human beans.

Though Sophie's very life is truly threatened, she's not nearly as worried about herself as she is The BFG. Those very big un-friendly giants are so mean to The BFG that Sophie can't take it anymore. Can Sophie and The BFG rid the land of those mean giants? You'll have to wait and see!

5 Reasons to See The BFG

Roald Dahl's story of the big friendly giant, who lives amongst even bigger, not-friendly-at-all giants, is captivating. For a typical child who lives in a home with their family, being snatched up by a giant would be a bad thing.

But little Sophie is not in a home filled with love, but a home filled with orphans and a mean and abusive headmistress, Mrs. Clonkers. Sophie quickly realizes The BFG is not only friendly but very kind, and she's not so frightened after all.

That is until she realizes there are other giants. Giants that are even bigger, and not one bit friendly. Realizing that the giants not only want to eat her, but are also terribly mean to The BFG, Sophie comes up with a plan. That's when the fun begins!

When Steven Spielberg is directing, you can expect nothing less than perfection, and you have to see his first collaboration with Disney!

I read that he had actually mapped out the entire movie before they even started filming. The technical aspects of The BFG are just mind-blowing.

You'll see Mark Rylance in his character, The BFG, and he even collaborated on some of the animation, like suggesting when his ears should be moving.

And how they got The BFG, who is animated, and Sophie, who is not, to interact so beautifully, is just remarkable. Oh, to have been a fly on the wall during the process! And when The BFG has breakfast at the palace with the Queen, well, you have to see it to believe it!

The actors: Mark Rylance is an amazing BFG, and Ruby Barnhill could not be a more perfect Sophie. The two of them together is pure Disney magic.

But it doesn't stop there. Penelope Wilton is brilliant as the Queen, Jemaine Clement is the perfectly horrible Fleshlumpeater, and Rebecca Hall is lovely and kind as Mary, the Queen’s handmaid. 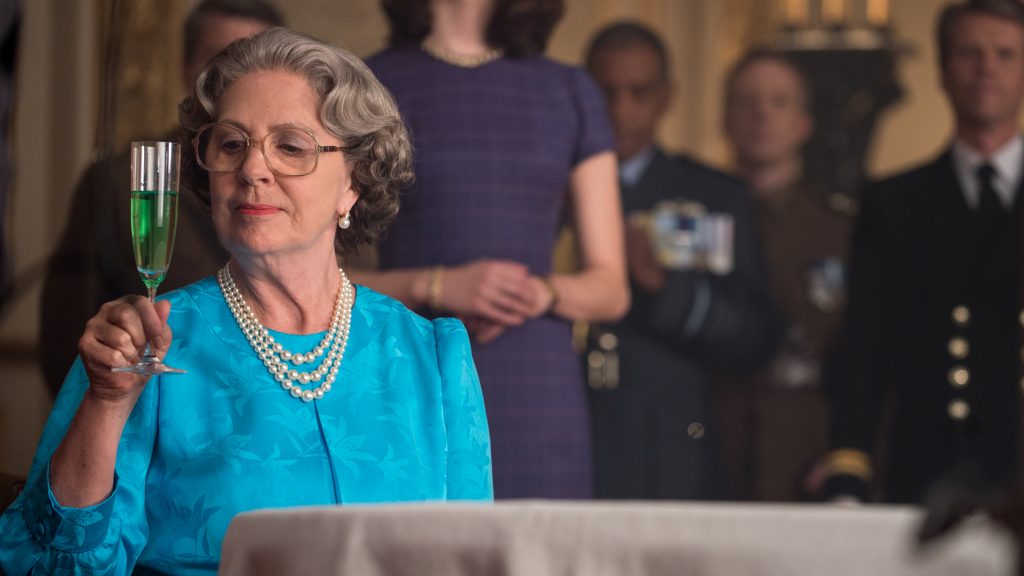 For the first time, three of the greatest storytellers of all time, Roald Dahl, Walt Disney and Steven Spielberg, are united on a film. Enough said.

Finally, The BFG is now on DVD! Though you missed seeing the hilarious results of 'frobscottle' on the big screen (though your kids will laugh just as loud!) you can now watch The BFG in the comfort of your own home!

One of my favorite things about getting my favorite movies on DVD is the bonus features, those extras you don't see in the theater, but only get when you buy the DVD:

Special Features on the Blu-Ray+DVD+Digital HD or the Digital HD:

Special Features on the DVD:

Check out the official trailer:

This is such a busy time of year, with shopping, planning family visits, and baking Christmas treats. Let's not forget the most important thing, spending time together. Disney's The BFG is the perfect family movie for a night in. I can't wait to hear your thoughts on the movie. Share in the comments!